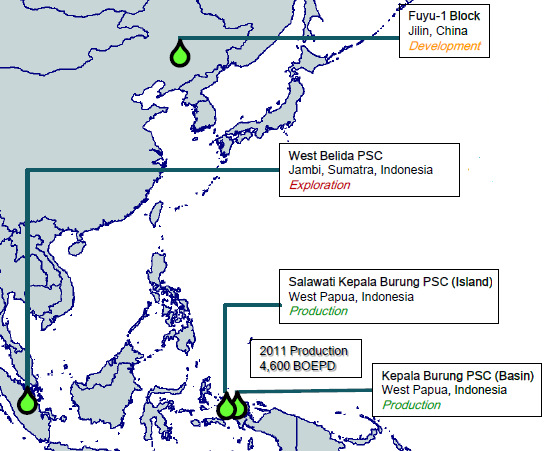 RH PETROGAS' shares may be illiquid and the company is a relatively new comer to the oil & gas industry.

But these past few weeks and months, it has announced a number of key activities -- and would have a few more over the next few months at least. 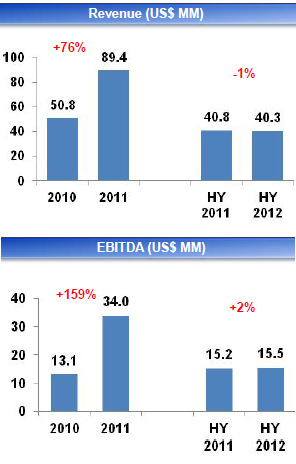 But first, the 2Q results of RH Petrogas, the largest pure-play oil and gas exploration and production company by market capitalisation (S$219 million) listed in Singapore.

> Revenue: 2Q revenue dipped 13% to US$18.9 million due mainly to the decrease in average oil price and a decline in production primarily due to operational issues.

The key corporate event recently was the conversion of a debt into equity.

RH Petrogas had loans of US$61.5 million from its major shareholder, the Tiong family.

The loan had been extended mainly for RH Petrogas to acquire the working interests in the Basin and Island PSCs (production sharing contracts) in Indonesia in 2010.

Last week, on Aug 13, after shareholder approval had been obtained at an EGM, the US$61.5 million loan was converted into equity through the issue of new shares to 3 investment vehicles of the Tiong family.

The conversion price for RH Petrogas shares was S$0.492.

Going forward, several key events are interesting to look out for, as I gleaned from a briefing last week at RH Petrogas' office in PSA Vista in Pasir Panjang.

Among those in attendance from RH Petrogas were Dr Tony Tan, the CEO, and Francis Chang, the VP for Exploration and Production.

1. Placement of new shares and warrants: RH Petrogas is looking to raise about S$132 million.

The share sale price has yet to be determined but it would not be less than S$0.360, which is at a discount to the recent market price of 48 cents.

The placement will increase the shareholder base and improve trading liquidity of the stock.

After the new-share placement, it would have the cash resources to make acquisitions. Assuming it has some targets in the region in mind, it could make its move pretty soon. 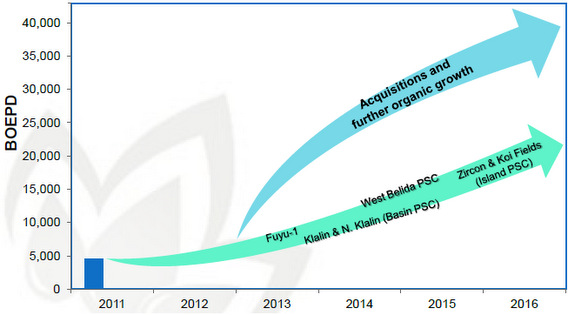 RH Petrogas' net production forecasts: Production of oil is targeted to grow by leaps and bounds. (BOEPD = barrels of oil equivalent per day)

3. Approval for Fuyu-1 Block: Sited in in the Songliao Basin, Jilin Province in northeast China, Fuyu-1 is an oilfield acquired by RH Petrogas in 2009.

The site is being developed by RH Petrogas jointly with state-owned China National Petroleum Corporation.

RH Petrogas has submitted a revised Overall Development Plan which it expects to be approved this month.

The final government approval is expected by year-end. With that, production will start, likely by year-end too.

This site would turn into a major contributor of earnings starting 2013.

In particular, the Zircon Prospect of this Island PSC could spring a major sweet surprise when an exploration well is drilled there in 4Q2012.

We have 658 guests and no members online