ALL THAT GLITTERS: Morgan Stanley Weighs In On HK-listed Jewelers 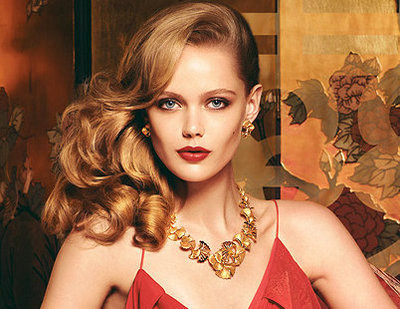 “We expect valuation to re-rate as sales momentum recovers from a cyclical trough,” Morgan Stanley said.

“In our view, Chow Sang Sang is well positioned for an earnings rebound as sales recover, given its: (1) higher fixed costs, thus stronger operating leverage than peers; and (2) higher exposure to coastal/higher-tier cities, which we expect will see a stronger recovery following a bigger slowdown in 2012.” 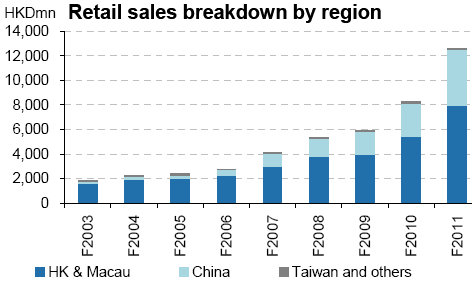 Morgan Stanley added that Chow Sang Sang’s network is still at an early stage of development, and it sees upside from a clustering effect.

“This offers more clustering potential for its POS, especially as CSS plans to open 70-80% of POS in already penetrated cities.”

Longer term, Morgan Stanley said it thinks CSS’ business model presents less risk than others, given that its: (1) stores are all self-operated, which eliminates the channel and brand dilution risks of franchised models; (2) mid/high-end brand positioning, separating itself from a crowded mass market; (3) prudent management and long listing track record; and (4) limited saturation risk because of its low store count in China (but this could become a negative if it falls significantly behind its peers in network size).

Chow Sang Sang also has a higher store growth potential, given its smaller network than peers.

“The jewelry retailer has a lower-risk business model, having more focused brand management vs. peers given its self-operated retail model.” 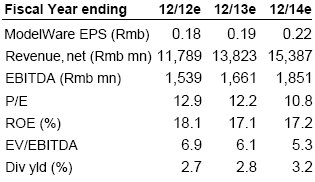 Morgan Stanley said it is beginning coverage of luxury retailer Hengdeli (HK: 3389) with an “Equal-weight” recommendation and a target price of 3.3 hkd, based on a 14.0x midcycle FY2014E P/E (recent share price 2.96 hkd).

Hengdeli’s stock price has increased 38% since early Oct 2012 (vs. 9% for HSI), pricing in early signs of recovery in high-end watches.

“But we believe it is premature to conclude demand for large ticket price items has returned, and remain cautious given scrutiny on watch gifting,” Morgan Stanley.

Hengdeli is the largest watch retailer and wholesaler in China, which Morgan Stanley expects to only get bigger if it continues to acquire smaller competing retailers.

“This is helped by: (1) its unparalleled information access into 1,000+ smaller retailers through its wholesale arm, and (2) strong backing by two of the world’s largest watch suppliers (Swatch, LVMH).

“These allow HDL to expand more quickly into lower-tier cities, which we expect to fuel its growth and margin expansion potential.”

“Recent public controversies over media reports of expensive watches worn by government officials could lead to more caution and scrutiny over luxurious gifting.

“We like that its shareholding structure has counterbalancing forces in Swatch and LVMH.”