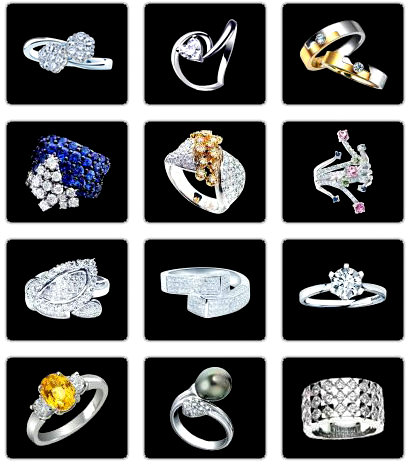 Ming Fung plans to run rings around the competition in the PRC. Photos: Ming Fung

The Chairman of the Hong Kong-listed firm, Mr. Jeffry Wong, said China would remain its most important market going forward.

“With the appreciation of the Chinese currency, the PRC’s growing affluence and people’s penchant for luxury goods, we are determined to remain focused on the domestic market which has proven successful.

"Going forward, China remains our core business focus and revenue driver as export markets will likely continue to weaken in the second half of the financial year given the sluggish economic recovery in the US and Europe,” said Mr. Wong.

During the six-month period -- Ming Fung’s 1H FY2012 -- its turnover decreased by 13.6% to HK$348.1 million (1H FY2011: HK$402.7 million), as the profit contribution from domestic sales was partially offset by shrinking export sales, reflecting the deteriorating economic situations in the US and Europe.

“Despite the mounting economic uncertainties around the globe, we recorded a decent increase in demand for the Group’s luxury goods which was comprised mainly of mid- to high-end jewellery products. 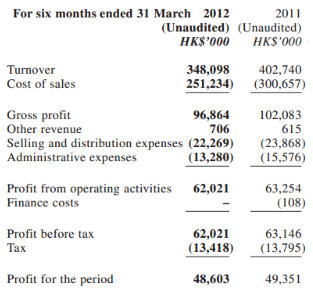 Although the bottom line was relatively flat year-on-year, Ming Fung took cheer from an 18.2% jump in PRC sales to 304.2 mln hkd

“It was mainly due to a consumer confidence rebound in late 2011 and early 2012 in the PRC, especially in South China, backed by an overall stable employment environment, an expected income rise and credit easing after two rounds of rate cuts,” Mr. Wong added.

During the first half of fiscal year 2012, domestic sales remained the Group’s growth engine and reported a very robust performance.

Meanwhile, export sales dropped substantially by 69.8% to HK$43.9 million (1H FY2011: HK$145.3 million) as sales to major export markets in the US and Europe were severely weakened by the deepening European debt crises and the slow economic recovery in the US.

For the period under review, the Group’s domestic sales constituted 87.4% of total sales, while export sales accounted for the balance of 12.6%, as compared to 63.9% and 36.1%, respectively, during the corresponding period last year.

Thanks to the strategic partnership inked in October 2010 with Hengdeli Holdings Limited (“Hengdeli”), the world’s largest retailer and wholesaler of high prestige global brand watches, the Group continued to enjoy the synergy from Hengdeli’s extensive sales network in the PRC, which effectively lessened its rental burdens as well as the corresponding labour costs.

Meanwhile, to further enhance profitability by enriching its product line-up, the Group has completed several successful strategic acquisitions in the previous fiscal year which have begun to bear fruit.

During the period, the Group owned the exclusive sales and distribution rights of GUCCI timepieces and accessories as well as jewellery and watch products under leading Italian luxury jewellery brand “Damiani” in the PRC, Hong Kong, Taiwan and Macau. 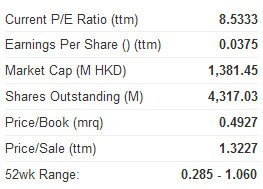 To further improve its product portfolio, on 13 April 2012, the Group successfully completed the acquisition of OMAS International S.A. (“OMAS”), the sole owner and manufacturer of fine writing instruments and accessories which bear the trademark “OMAS” from Hengdeli.

Meanwhile the remaining 10% stake in OMAS would remain with global luxury leader LVMH, one of the Group’s major shareholders since July 2011 after the signing of a strategic investment partnership with L Capital Asia, L.L.C. (“L Capital”), the fourth fund from L Capital sponsored by LVMH.

Following completion of the acquisitions, Hengdeli holds 15.44% of the Group and has become the largest shareholder of Ming Fung Jewellery.

During the six-month period, preliminary stage work of Chi Feng Gold Mine’s exploitation has been carried out and is expected to generate contribution to the Group in the near future.

As for the Chi Zhou Gold Mines, the Group continues to carry out detailed exploration work and in the process of obtaining exploitation licenses.

Looking ahead, the Group believes that the domestic market will continue to thrive and prosper.

Founded by Mr. Jeffry Wong in 1989, Ming Fung Jewellery Group Limited has been supplying leading distributors in the U.S. and Europe with high quality diamond jewellery. Ming Fung established its manufacturing facilities in Shunde City of Guangdong Province where there is an abundant supply of top jewellery craftsmen.

Mr. Wong's background as a diamond trader has blessed him with the knowledge to source top quality polished diamonds which he combines with the low cost manufacturing environment in China to bring a compelling solution to buyers in the U.S. and Europe.

We have 525 guests and no members online