“The interim results reported by the other Hong Kong-listed jewelers disappointed us mainly on the wholesale business in China. This confirmed our thesis on Chow Sang Sang (CSS) that a 100% self-operated model should offer more stable earnings,” Credit Suisse said.

The research house said it believes Chow Sang Sang's 100% self-operated model should continue to deliver more stable earnings on the back of: (1) better control of production pace and inventory replenishment; (2) being able to capture full retail margin; and (3) direct control on costs and a more flexible business strategy.

“On the other hand, the disciplined expansion in the past rewards CSS with better sales performance than peers so far in 2H12. In October, CSS recorded only a single-digit decline in SSSG, while most listed peers recorded a double-digit drop.”

CSS is trading at a 37% discount to its peers, which is Credit Suisse’s view is “unjustified for its best-in-class fundamentals.” 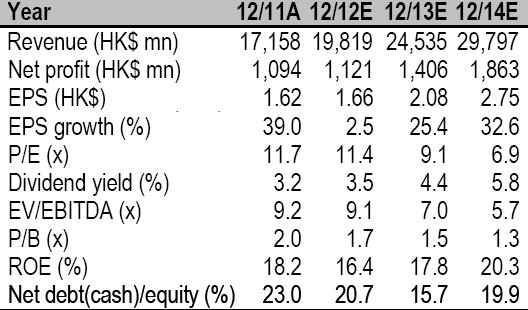 “This again confirms our thesis on Chow Sang Sang that its 100% self-operated model should deliver more stable and quality earnings on the back of: (1) better control of production pace and inventory replenishment at shop level to avoid accumulation of inventory at the wholesale pipeline; (2) being able to capture full retail margin; and (3) direct control on cost and a more flexible business strategy.”

“But due to the disciplined expansion in the past, CSS has demonstrated better sales growth than peers so far in 2H12 and more manageable rental increment as well,” Credit Suisse said.

During the National Day Golden week (1st week of October 2012) when most jewelry retailers suffered from significant decline in same-store-sales (SSS), Chow Sang Sang noted less decline of 20% y-o-y versus Luk Fook’s decline of 35% and CTF’s likely to see even worse number during the same period.

“On the other hand, we believe CSS also noted better sales growth than peers in the second half of October 2012 when SSS start to register positive growth again.

“We expect CSS to continue to outperform its peers.”

While it is widely believed that the industry has bottomed out and should stay in the positive growth territory from here onwards (assuming gold price to stay flat at current level), Credit Suisse said it believes Chow Sang Sang’s operational performance will continue to outperform its peers on the back of a lower comparison base and a more flexible business strategy.

“This in our view is unjustified for its best-in-class fundamentals.”

Goldman Sachs expects 2013 to be a better year for Hong Kong-listed retailers like Xtep.  Photo: Xtep

Goldman Sachs said it is more upbeat on prospects for Hong Kong-listed retailers next year for a myriad of reasons.

“We expect retailers to gradually recover from the 2012 trough in 2013. Given the current valuation premium for developing markets over the rest of Asia is still well below the historical average, we remain constructive on the retail sector,” Goldman Sachs said.

At the same time, the research house said the structural changes on the China retail landscape mean that a rising tide will not lift all boats in this recovery.

“We believe investors need to focus on companies with strong capability to differentiate and grow without sacrificing margins.”

The government’s focus on driving income/consumption growth and the current fragmented nature of China’s retail sector both imply further opportunity for expansion and consolidation.

The research house said the recovery of domestic/external economies will lift consumption growth. 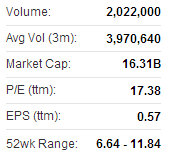 Key risks to our view

1) Rapid retail space buildup means certain markets face an oversupply situation, and  2) increasing recognition of the high pricing in China, e-commerce, and growing overseas travel all suggest that the pricing-driven SSSG increase may no longer be sustainable.

“Our sales forecasts in 2013 for most retailers are below consensus. We also believe the longer-term growth potential of Sun Art is still underappreciated,” the research house added.

We have 1704 guests and no members online