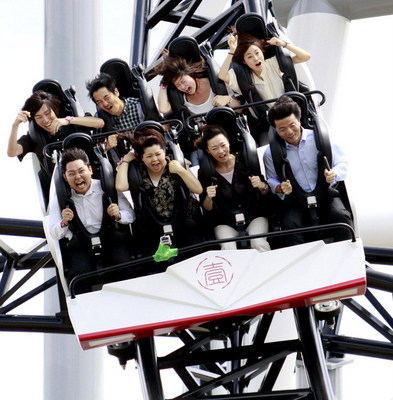 Bocom International said investors in Hong Kong-listed shares should be prepared to be “riding a roller coaster” in the second half.

The research team has the following views on the equity market in 2H12:

“The benchmark Hang Seng Index plunged over 2,400 points in May, erasing all the gains from the start of the year. The severity of the oversold situation is comparable to the levels seen in late 2008 and in late 2011,” Bocom said.

Investors’ fears include: (i) Greece exit from EU, potential bank runs on Greek and Spanish banks, and threat of a Euro collapse; (ii) dramatic slowdown shown in recent data reigniting fears of a China hard landing; and (iii) a relapse in US recovery, albeit to a lesser extent.

“Historically, when selling reached such intensity, a technical rebound would ensue. We believe much of the uncertainties have been priced in, except for Greece to a lesser extent,” the research house said.

With the situation worsening, it is likely that the ECB will initiate LTRO3 to rescue Greece in a last attempt. 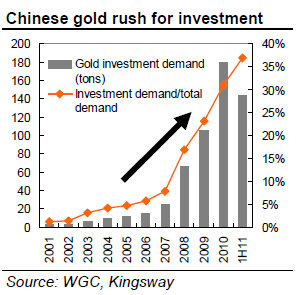 Gold miners are favored by Bocom

“That said, we have not had a developed country default on its sovereign debt since WWII. As such, the impact of such an event is difficult to gauge,” Bocom added.

The Chinese authority has already announced a series of proactive policies, including a 25 bps interest rate cut on 7 June.

“Fine-tuning of property curbs is possible but full scale relaxation is far-fetched. Yet, we have reservation on how effective these policies could be in the long run given the situation we are facing.”

Bocom added that given that the European sovereign crisis is a hindrance to US recovery, recent US economic performance has been mixed.

“That being said, the durability of an oversold bounce remains to be seen.”

“More loosening policies are expected from the Chinese government, given a weak spate of recent data. The property curbs have restricted loan demand, and have not been compensated for by infrastructure investment.”

The first half has not been kind to Hong Kong shares

“Policy must act to prevent further deterioration. During the expected forthcoming rebound, we like Chinese banks, aviation, upstream component suppliers of smartphones, and gold miners,” the research house said.

"In the absence of bad news, the HSI should be able to reach the upper side of this range.”

Conversely, Bocom added that if the European debt crisis deteriorates rapidly, the HSI may test the low-end of its trading range at around 16,000.

Bocom International said China’s Hong Kong-listed automakers can expect to see a “slow recovery” in sales during the current half.

“The percentage of second passenger vehicle purchases is on the rise.

"Based on the assumption that passenger vehicles are used for 5 to 10 years in China, with initial purchase of automobiles peaking in 2005-2010, 2011-2015 will be the peak for second purchases, which will become the driving force of the second round of growth,” the research house said.

Bocom added that second vehicle purchases will be characterized by the dominance of SUVs and luxury vehicles.

Meanwhile, commercial vehicles are likely to achieve positive growth with the construction of railways, highways and other infrastructure resuming in 2H12.

“Due to the high base, we expect the sales volume growth of the industry to be approx. 5% in 2H12, with full-year growth at around 3%.”

Bocom is maintaining its “Market Perform” rating for the sector. 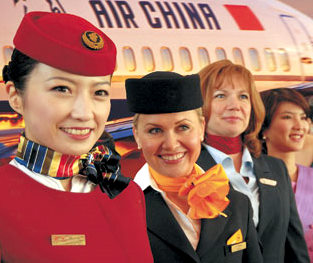 “We believe PRC airlines have tightened controls on capacity growth, resulting in stable passenger load factor (PLF) numbers during the period. The PLF for the international and regional markets has increased while there has been a small decline in the PLF for the domestic market,” Bocom said.

The research house added that it expects RPK growth to remain robust ahead as 2Q and 3Q are traditionally peak seasons for passenger travel.

Passenger yield will be maintained while jet fuel prices could decline. 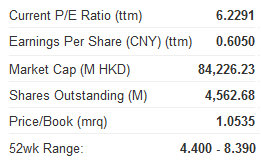 The retrenchment in jet fuel prices should benefit the airline companies while, in accordance with the consolidated passenger ticket price index, the airlines were able to maintain their passenger yields in the first four months of the year.

Lack of Currency Gains a Concern

Domestic carriers did not benefit from any currency appreciation against the US dollar in 1Q12 while the heightened jet fuel price eroded gross margins during the same period. 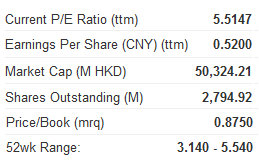 “Any re-acceleration of currency appreciation should thus be a positive catalyst for the PRC airlines. Faster-than-expected jet fuel price retrenchment should also be a positive.”

An “Outperform” rating is maintained on the sector.

“Air China’s larger exposure to the international market and its dominant market share in the use of Beijing airport as its international operation hub allow it to benefit more than its peers from the robust international air-travel demand.

“We expect the regional and international markets are likely to report better RPK growth this year compared with the domestic market.”

We have 712 guests and no members online