Speaking at Aries Consulting’s Company of the Month luncheon in Hong Kong, he told investors and analysts that one of the firm’s core strengths was its not being captive to the order pipeline vitality of a single client or sector.

“Our recent performance was boosted by our being well-positioned to benefit from different growth opportunities and we target different industries with strong growth potential.” 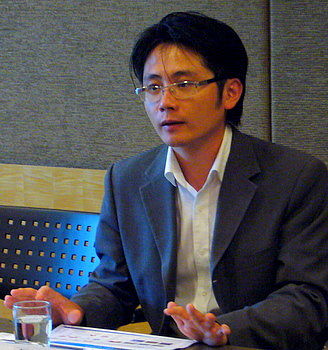 Indeed, a quick look at China High Precision’s major clients is a veritable Who’s Who of the panoply of sectors that constitute the country’s industrial juggernaut.

As can be seen from this cursory list of its major clients, China High Precision is not overexposed to any one industry or region, with orders coming in from all four corners of the country.

“We have a broad end-user base and our comprehensive product portfolio has been used in a wide range of industries,” Mr. Sun said.

However, this did not mean the Hong Kong-listed firm, which went public in November 2009, was not positioning its product line and distribution network to target the most promising sectors.

“We see the petrochemical, environmental engineering and energy-saving sectors as industries which will be our primary growth focus in the future”

However, Mr. Sun told NextInsight.net that sectors generally required the same products, with few being fundamentally unique or “tailor made” for specific industries – a condition that simplified marketing and production tasks significantly.

“Our products enjoy similar margins across a wide spectrum of industries, and thanks to a robust order pipeline of late, our first half net margins improved to 39.5%, compared to 34.1% in full-year 2010,” he said. 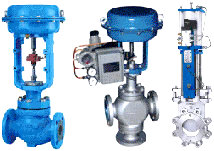 “We are not like other companies as we have a distribution presence in every Mainland Chinese province except for Tibet. We have very specific marketing campaigns to mainly SOE heavy industry clients, so as we are very targeted, we have a far less burdensome A&P budget than other industrial firms in the PRC,” he said.

“As our clients are dedicated users of our products, we have no need to advertise or market to the general public.”

With China National Petroleum and Daqing Oilfield being clients of note, analysts were curious to know if China High Precision was affected one way or the other by the recent volatility in crude oil prices – or other commodities for that matter.

“No, not at all. Commodity prices represent variable costs and not fixed costs,” Mr. Sun said.

“Our company is policy driven, and has been so since our founding in 1991. “As an example, when the steel sector was aggressively promoted as a driving force of the country’s industrial development, we jumped on board and won many steel mill clients. 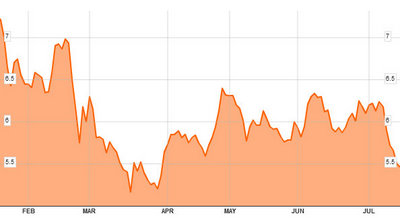 “This led to industrial-use electricity shortages which helped significantly boost our orders to generating plants – including power saving industrial monitoring equipment. Then there was a coal shortage, including coking coal for steel production and thermal coal for electricity generation – a phenomenon which once again was reflected in an order uptick for us.”

He added that overriding economic plans formulated by policymakers in Beijing were helping push up China High Precision’s top and bottom lines.

“Regulatory pushes for cleaner air and water and more efficient electricity usage are seen as significant sales drivers for us going forward. We also see increased attention on sewage treatment – especially as part of the current 12th Five-Year Plan – as particularly promising.”

“The importation of equipment and instruments has finally regained momentum following the 2008 global financial crisis. This has led to high-end application products like ours being dominated by imports in the PRC market.

“A price gap between the high-end and low-end market still exists and is quite glaring in many cases. We believe moving into the high-end market is key for our company’s growth, and thus ‘import replacement’ remains a key strategy not only for the government, but for us as well."

To demonstrate his point, Mr. Sun said that the average unit price of products in China Precision Machinery’s sector at present is just under 7 usd, while that for imports of similar but higher-end products was nearly 79 usd.

“Imports of instrumentation and related equipment last year rose by nearly 50% year-on-year to approximately 90 bln usd. For us to not try and get a bigger piece of this market would be unwise.”

China's Matrix? “We are regarded as one of the few key enterprises essential to this development," says CHP's Deputy GM Ryan Sun. Photos: CHP

“‘The Internet of Things’ (物联网) and ‘The Intelligent Sensing Net’ (智能传感网) will be promoted over the next five years, with the conceptual goal being to integrate the physical world with the virtual world to help realize easier management with higher efficiency.

“The ‘Body’ of the Internet of Things is a communication network. What lays underneath is the foundation – an accurate, rapid-response and efficient sensing network consisting of millions of detectors and controllers of various types – products which we have been specializing in for two decades,” Mr. Sun said.

“We are regarded as one of the few key enterprises essential to this development.”

We have 453 guests and no members online