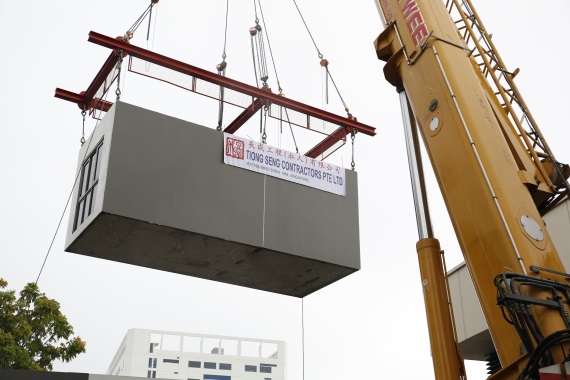 PPVC module being delivered to a construction site. Photo: Company

Additionally, the development will include an open public plaza, retail space and an underground pedestrian network.

Tiong Seng has an established track record in the application of PPVC technologies, a factor behind its third contract win this year. (See: TIONG SENG: Construction demand in 2020 to remain strong).

We have 1076 guests and no members online