Lithium mining stocks listed in Australia have surged in recent months, driven by the rising flow of news that point to a global megatrend taking shape around electric vehicles and power storage.

Lithium is a vital raw material in the making of lithium-ion batteries that are at the heart of the megatrend.

The miners, including those racing from zero revenue to production, have seen the market fall hard in love with their stocks:

Alliance Mineral Assets, the only lithium mining play listed on the Singapore Exchange, is clearly a laggard, having gained only 11% despite, among other things,

(1) substantial progress made in the development of its Bald Hill project in Western Australia with its first shipment of lithium concentrate set for March 2018,
(2) an offtake agreement achieved at record selling prices for its lithium concentrate, and
(3) substantial lithium and tantalum resources being reported and the prospects of significant upgrades in the future.

The stock underperformance can be attributed to, among other things:(1) investor sentiment being dampened after two trading suspensions (14 July-7 Aug and 26 Apr-4 May) of the stock and several trading halts, (2) online trading curbs on the stock by all local brokers with the exception of DBS Vickers, and (3) a court case, which sprang out of the blue, involving a claim by Jonathan Lim on a portion of the controlling shareholder's (Living Waters Mining) shares.

Aside from raising uncertainties about management control, this case resulted in a rare court seizure (in July 2017) of shares to satisfy a debt of S$7 million owed to Jonathan Lim.

The court sheriff then started to sell an unspecified quantity of shares, which contributed in no small way to a downtrend in the stock price (from probably 32 cents to about 21 cents).

The sale, whose timing and prices of execution have not been made public by the court, is believed to have been completed recently.

If so, it would at least partially explain why AMA's stock price played catch-up, soaring 64% in the past 4 weeks (from 22 cents to 36.5 cents). 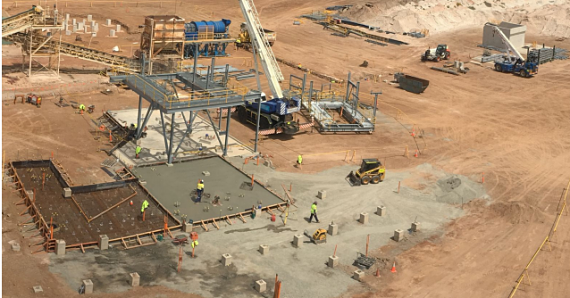 Very significantly, China -- the world's largest market for vehicles -- announced it planned to ban the production and sale of internal combustion engine vehicles.

"Over the last three years, we've seen these lithium ion battery mega factories -- which are battery plants above one GWh capacity -- rise everywhere. It started with the Tesla Gigafactory in Nevada but now we have 17 of them worldwide and they continue to be popping up everywhere," said Simon Moore, managing director of Benchmark Mineral Intelligence.

He was testifying before the US Senate Committee on Energy and Natural Resources Committee on 3 Oct 2017. The commmittee discussed "energy storage technologies and the supply chain risks and opportunities" (His written testimony is here.)

"And the key thing is not just the size of growth that we're about to see in the lithium-ion battery industry -- and we expect that to go from 80 GWh in 2016 to between 550 and 600 GWh demand by 2025 -- but it's the impact this is having on the raw material supply chains."

We have 504 guests and no members online