• A total of 44,305 dmt (dry metric tonnes) of concentrate was shipped during the March Quarter representing an almost 100% increase on the December 2018 quarter. The shipments comprised regular sales to Jiangxi Bao Jiang Lithium Industrial Limited and a trial parcel to a new customer.

• 14 March 2019 marked the first anniversary of lithium production at the Mine. 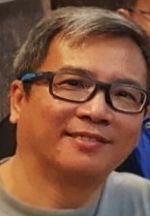 He, however, had a big miss in his forecast for the shipment of tantalum pentoxide.

As a result, he has updated his pre-tax profit forecast for 3QFY19 to A$8-10 million.

We have 2311 guests and no members online