This article was recently published on StockResearchAsia.com, and is republished with permission.

Stockresearchasia.com was founded by an experienced ex-banker who used to work in the investment banking department of one of the largest financial institutions in South East Asia. He is a CFA Charterholder with close to 10 years of investment banking and corporate finance experience, having worked on various fund raising deals -- which raised more than US$1 billion -- in addition to successfully advising on and closing multiple M&A transactions. He has been also an active equities investor for more than a decade and firmly believes in the merits of the value investing approach, with a specialisation in special situations and events arbitrage.

FEG finally managed to wrest control of CHO at a reasonable price after initially spending $143.5 million in 2010 to acquire its 29.1% stake at a much higher price of $0.70 per CHO share. The revised offer of $0.55 is at a slight discount to the estimated revalued NTA per share of $0.57 per CHO share (source: CHO offeree circular) as at 30 September 2014.

CHO also has an ungeared balance sheet with net cash per share of around $0.13 per share potentially giving FEG flexibility to recapitalise the company and reduce its own upfront cost of funding the acquisition. We expect synergies to be derived from combining FEG's fleet of mainly accommodation barges and rigs with CHO's complementary fleet of AHTS vessels going forward.

Shareholders of CHO get to exit their investments at a price that has not been reached for more than 4 years even as the share prices of almost all other oil and gas counters have plummeted. (see CHO historical price chart below) Even shareholders who chose not to accept the offer and remain as CHO shareholders can potentially benefit from the operational synergies as described above. 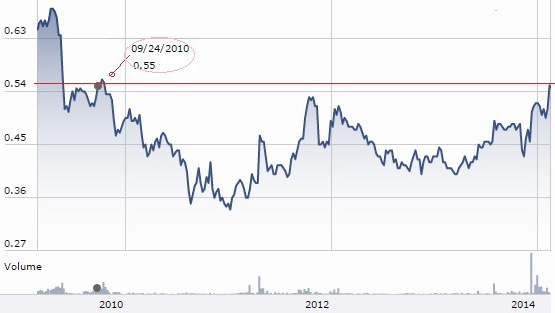 Finally, Chuan Hup gets to cash in on its CHO stake for a tidy sum of $95.7 million and turn its focus on other investments amidst a weak current operating environment for CHO's oil and gas services business.

Shareholders of Chuan Hup could even be in line for a special bonanza if the board of directors decides to emulate its feat of distributing a bumper 44 cts per share special dividend in FY2006 representing almost 100% of its $485.6 million cash proceeds from the disposal of its marine logistics business along with 49.1% stake in PT Rig Tenders Indonesia and the 29.1% stake of CHO shares to Scomi Marine. For comparison purposes, the $95.7 million proceeds should translate to about 10.2 cts per share if distributed fully.

Chuan Hup and its treasure trove

Since its establishment in 1970 as a tug and service provider for PSA Corporation in Singapore, Chuan Hup has quietly grown under the guidance of co-founder Peh Kwee Chim into a diversified group with core interests in oil and gas services, property development and electronics manufacturing services. Post CHO disposal, the company is likely to focus its attention on the latter two while seeking out new investments.

Chuan Hup's electronics manufacturing business is carried out under SGX Mainboard-listed PCI Ltd (www.pciltd.com), which it successfully made its subsidiary (76.7% owned) following a mandatory conditional offer in May 2011. Despite operating in a tough and competitive industry, PCI has delivered at least 10 consecutive years of profits and has an enviable and uninterrupted track record of paying consistent dividends of at least 3 cts per share for most years in the same period with a total of 10 cts paid for the financial year ending 30 June 2014.

PCI also has a very strong balance sheet with no borrowings and cash holdings of $52.9 million (US$39.1 million) as at 31 Dec 2014 after adjusting for considerations to be received and paid pursuant to its proposed disposal of the Jalan Ahmad Ibrahim property (announced 13 Feb 15) and acquisition of the Pioneer Road North property (2 Jan 15). 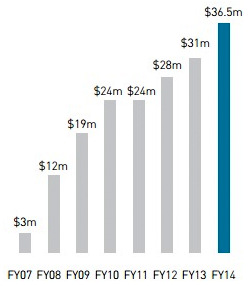 Chuan Hup’s other major investment in a listed company is in Perth-based Australian property developer and ASX-listed Finbar Group Limited (www.finbar.com.au), in which it holds a long term strategic stake of 17.5%. It should be noted that even though the stake is less than 20% and Chuan Hup could not equity account for Finbar's share of profits, it is actually the largest single shareholder in the property company.

Finbar is a leading property developer in Western Australia, particularly Perth, and has a long established track record of 2 decades, having completed 58 projects worth A$2.8 billion.  It also has an impressive streak of having generated 8 consecutive years of net profit growth with an even longer run of increased dividend payments since FY2003.

Despite being a property developer and consistently paying dividends, the company has also managed to keep its net gearing to a low level of just 7.3% as at 30 June 2014. As at the closing price of A$1.345 per share, Finbar has an attractive dividend yield of 7.4%.  Chuan Hup's stake is worth $56.3 million (A$53.6 million). 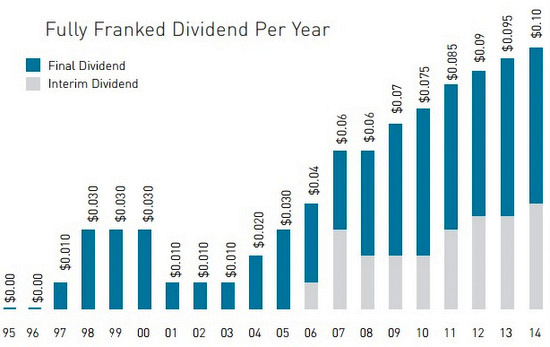 The site was acquired by Chuan Hup in 2008 for A$37.6 million. Of the 3 phases (Adagio, Toccata, Concerto), Adagio has been fully sold, completed and earnings mostly recognised in FY2013. Earnings from Toccata (to be completed in FY2015) and Concerto (FY2017) will be recognised in the subsequent years.  ·

• Unison, a residential development to be built on a plot of freehold land in Maylands Perth acquired by Chuan Hup in 2013 for A$16.7 million. The land acquisition was funded by sales proceeds from Adagio. The development consists of 347 residential apartments and 4 commercial lots to be launched over 2 phases, Unison on Tenth and Unison on Kennedy, to be completed in FY2016 and FY2017 respectively.

I was supposed to but had could not leave my work commitments in the end.

We have 1528 guests and no members online