Stronger demand from the PRC and a new acquisition were the main reasons for the top line strength, management said. 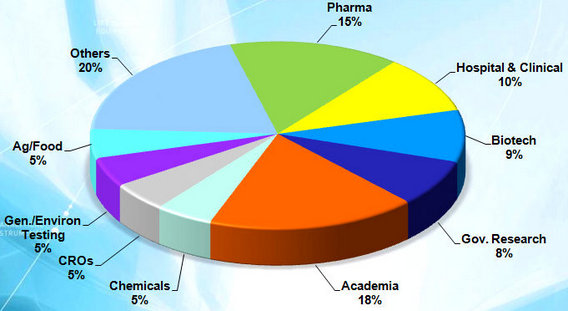 Techcomp enjoys a diversified client base for its instruments

Increase in revenue was mainly attributable to increased demand in PRC and the inclusion of the new subsidiary, IXRF Inc, which was acquired during the period.

Hence, management expects the sales of Japanese products in the fourth quarter of the year will be adversely affected. 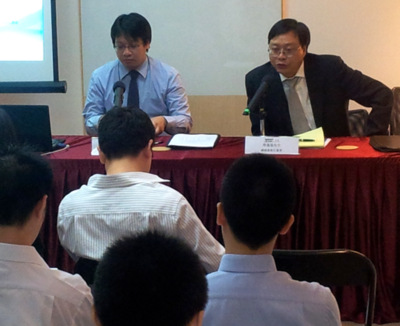 “A significant portion of our distribution products are Japanese products and the group’s revenue in fourth quarter of the year is traditionally much higher than that of other quarters of the year due to the seasonal pattern of its customers’ demand in PRC.

"(Therefore) we expect the revenue as well as the profitability of our distribution business will be adversely affected in FY2012," said Techcomp President and CEO Richard Lo.

The company’s distribution business will continue to be affected in the event that the negative sentiment persists, it added.

The group is taking steps to mitigate this impact by diversifying its supply chain.

Though more enquires from the European customers were received currently, the group  believes the trading conditions in Europe market will remain challenging.

The group will continue to leverage on its low cost manufacturing base in the PRC to achieve cost savings and operational synergy for its operations in Europe.

Other operating expenses decreased by 80.9% to 202,000 usd for the nine months ended 30 September 2012 due to the absence of listing expenses of 1.1 million usd incurred in the previous period.

This was also in connection with the company’s dual primary listing of its shares in the SEHK, which was partially offset by the increase of net foreign exchange loss by 99,000 usd in the current period.

Distribution expenses in the third quarter increased 12.7% to 3.6 million usd whereas that in the nine months ended 30 September 2012 increased by 13.2% to 11.2 million mainly arising from the increase in the sales and marketing activities during the current period.

In tandem with the general business growth, administrative expenses increased by 7.2% to 16.9 million usd for the Jan-Sept period.

Finance expenses increased by 101.4% to 999,000 usd for Jan-Sept period resulting from higher average balances of bank borrowings and interest rates during the current period.

More inventories were purchased to meet anticipated increases in business volume in the following quarter due to the seasonal pattern group sales.

Trade and other receivables decreased by 4.1 million usd to 61.8 million as at 30 September 2012 due to the seasonal pattern of the group’s business where a higher portion of sales were realized in fourth quarter of the year.

Trade and other payables increased by 2.4 million usd to 31.1 million as at 30 September  2012 which was in line with the business growth.

Bank borrowings increased by 6.0 million usd to 36.95 million as at 30 September 2012 mainly due to the increase in trade finance loans and term loans to finance the expansion in the group’s business.

The cash and cash equivalents decreased by 1.7 million usd for the nine months ended 30 September 2012 mainly attributable to the net cash used in investing activities of 4.8 million and the dividend of 1.8 million paid during the period.

It was partially offset by the net proceeds from bank borrowings of 4.1 million usd and the cash generated from operating activities of 1.8 million during the period.

Which Stock Has Performed Well After Dual-Listing? Ans: TECHCOMPTECHCOMP is 'attractive', ADAMPAK target 36 centsTECHCOMP: Record US$11.2 m profit in 2011 after adjusting for one-offs

We have 1664 guests and one member online