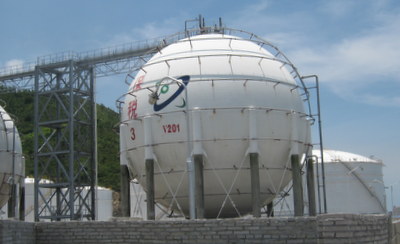 The company is mainly engaged in LPG importing, wholesale and retail sales as well as sales of electronic products.

New Ocean announced in June 2012 it would cooperate with Sinopec (Guangdong unit) to expand its business scope to oil products and natural gas.

“The successful acquisition of Lianxin Energy is expected to bring considerable growth in the year-round performance of New Ocean. The company held a 100% equity stake in Lianxin Energy, and took over operation of 17 automotive LPG stations in Guangzhou in January 2012.

“The business is currently steady, and daily average sales amounted to some 655 tonnes, since which an additional 1.6 billion yuan operating income is expected for this year,” Phillip said. 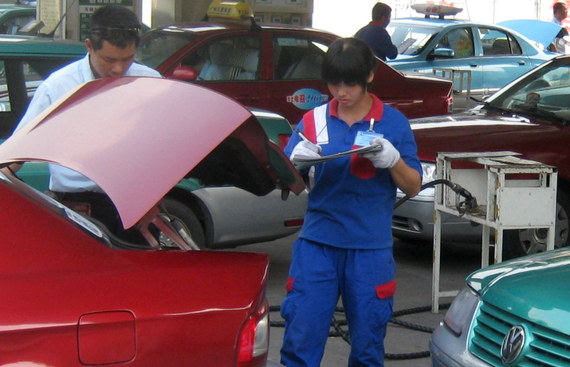 New Ocean management said it had successfully obtained relevant licenses for LPG distribution in Guangzhou, and the company is expected to supply 2.6 million tons of LPG to the port in 2013, bringing nearly 700 million yuan in income and over 200 million yuan in profit, becoming the port’s third largest LPG supplier.

“New Ocean will complete construction of a 70 kiloton oil product depot on Gaolan Island in Zhuhai by the end of 2012. Meanwhile, it will expand LPG sales to industrial users, and will provide capital and technical support to assist industrial users in oil-to-gas projects in exchange for long-term LPG supply contracts, to bring new business growth drivers into play,” Phillip added.

The research house said it believes LNG can hardly replace LPG in the following few years, and LPG application percentage in the car market will further expand.

Phillip said that New Ocean is currently in a “rapid development phase” and successive operation of several under-construction projects will bring considerable growth for future performance based on rapid growth of performance.

“Although the share price has reached our preset target price in advance, and the P/E has risen from 6 times to 12 times, it is still lower than the peer average of 17 times. From the business structure, its profitability is still in the industrial leading position,” Phillip added.

“Therefore, we have optimistic expectations about the company’s future valuation, and raise its six-month target price.”

“Trading at sharp discounts versus the bigger cap leaders, we believe Hilong’s stock could outperform, driven by long-term valuation re-rating and earnings growth from a smaller base,” Mirae said. 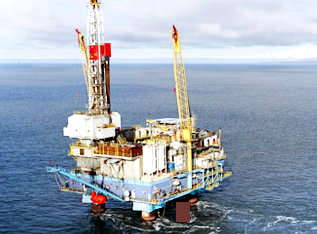 BP’s oil spill in the US and the rush for oil companies to spend more on higher quality equipment could spell positive earnings surprises ahead for those services providers offering superior technologies in the right markets.

While NOV, Cameron, and FMC Technologies are the global market leaders, privately-owned Hilong has the highest market share in China, specializing in drill pipes (over 30% market share) and coating materials (over 60% market share).

Existing working relationships with major oil producers like PetroChina and services firms like Schlumberger will provide Hilong with opportunities to expand into drilling and cementing services too in the long term.

Listed in Hong Kong since April 2011, the stock is trading at 32% below its IPO price of 2.6 hkd/share with an average daily turnover (three-month average) of 0.4 million usd and little sell-side coverage.

Bocom International said it is maintaining its “LT-Buy” recommendation on Petrochina (HK: 857) and target price of 12.60 hkd (recently 10.80). 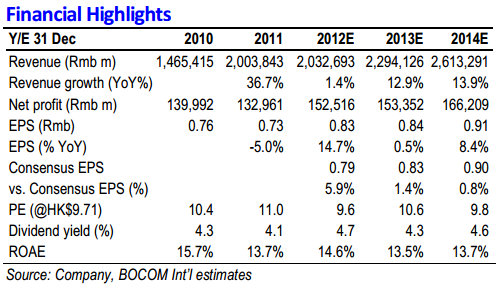 Net income for Q1-Q3 totaled a less-than-stellar 64% of consensus FY estimate, and 57% of Bocom’s forecast.

In Q1-Q3, crude price remained stable, down 0.2% over the same period in 2011 and crude production was up 2%, while average natural gas prices were up 5.5% and production was up 8.3%, bringing total operating profit to a 1.6% increase.

“However, this is less stellar than Sinopec’s downstream. Whereas Sinopec refining had turned positive to a gain of US$1.1/bbl, but PetroChina’s refining lost US$3.9/bbl,” Bocom said.

“We still see risks in its downstream refining and chemicals segments as well as the loss of the natural gas segment. The stock is trading at 10.6x 2013 P/E, the most expensive in the sector.”

9 things to know about RH PETROGAS, the largest exploration & production company on SGX

“Sinopec’s share price has risen 28.3% since our July 11 upgrade and designation as top sector pick, outperforming the HSI index by more than 17%.”