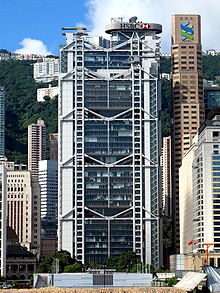 But nearly three dozen Hong Kong listcos are at 12-month highs, with half in the high-flying property sector.

So who’s pounding their chest and why?

Despite the decidedly lackluster performance of Hong Kong’s benchmark Hang Seng Index this summer and fall, 34 counters in particular are outperforming the general market – hitting 52-week highs -- with no signs of seeking out a rest stop.

And nearly half of these barnstormers are involved in real estate, whether as property developers, real estate investment trusts (REITs) or hotel/shopping interests.

One explanation has been the recent credit easing measures and stimulus packages in the region which are articularly beneficial to the perpetually cash-hungry property sector that is always looking to boost land banks among a landscape of perceived bargains.

This has produced a situation mimicking positive reinforcement wherein investors are faced with the prospect of investing in one of a few bullish sectors, or not investing at all.

Evidently, enough are opting for the former option given the strong performance of Hong Kong-listed property plays of late.

Further boosting sentiment for developers is a general consensus by analysts that the sector has more upside potential in the current quarter.

But real estate counters weren’t hogging all the recent glory.

As an example, take Thursday’s performance.

Thanks in large part to a nearly 2% rise for financial sector giant HSBC Holdings (HK: 5), the market was boosted by some 56 points on the day.

Of the 34 standout y-o-y performing stocks, 16 are property themed.

One particularly white-hot counter is New World Development (HK: 17) which added 2.6% on Thursday to make its year-on-year climb nearly 100%.

The sudden interest in retail shopping commercial properties and hotels can be read as a holiday-themed surge, as the Hong Kong bourse closed for just two days while PRC capital markets were shut down for nine straight days to mark the combined Mid Autumn Festival/National Day festivities.

During this time, a surge in inbound tourist traffic from the PRC is always witnessed and the flocking to these shares may be a short-term phenomenon to ride the shopping frenzy that Mainland consumers bring with them -- along with their wallets -- to the Special Administrative Region.

However, with major spending/stimulus packages recently unveiled by the world’s top three economies – the US, China and Japan – it is little wonder that investors are buying up real estate shares as developers love nothing more than ever cheaper credit.

It will be interesting to note how long the property party will carry on.

CANCELLING OUT: Why Hong Kong Shares Stuck In Neutral

We have 707 guests and no members online