SPILLED MILK: China Mengniu In Yet Another Outrageous Scandal 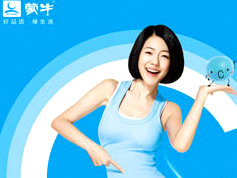 Is this too little too late for its Hong Kong investors to digest and is there any use crying over spilled milk?

In a statement on its website, the Hong Kong-listed dairy giant said it will voluntarily recall the specified milk cases in an attempt “restore confidence and dispel doubts” regarding the brand.

But after many years of scandals rocking China’s dairy industry, including kidney troubles and four deaths among toddlers a few years ago due to melamine-laced milk formula by a rival brand in addition to several quality-related infractions, there is growing speculation that this might be the final straw for the beleaguered PRC dairy sector.

Is Mengniu’s corrective action akin to crying over spilled milk?

That is, is it too little too late, and of little use?

The troubled dairy firm admitted wrongdoing, being caught red-handed “updating” the expiration dates on some 3,000 cases of milk, and management pledged to consumers and investors alike that it would “educate” all employees on the importance of quality control.

The scandal first broke when authorities with the Zhejiang Province Bureau of Industry and Commerce discovered some 160 crates of milk with “questionable” expiration dates, which upon after additional inquiry were discovered to be tampered with and fraudulent.

Following an official investigation, it was found that unauthorized alterations to production dates were made and discounts offered to retailers in exchange for silence.

A Zhejiang Province-based sales manager -- identified only by his surname Wang – was arrested in relation to the incident under suspicion of altering expiration dates on thousands of cases of the company’s “pure milk.”

As per unspecified media reports, the manager and an unnamed accomplice purchased thousands of units of Mengniu “pure milk” as they were approaching expiry, and then replaced the original production dates prior to substituting more “updated” ones.

Mengniu’s Hong Kong-listed shares plummeted 24% in December of last year following PRC authorities’ assertions that excessive levels of a carcinogenic ingredient were found in its products.

Only time will tell if this latest scandal to hit China’s top dairy firm will be able to survive this latest imbroglio.

But apparently time was not on the side of the regional manager who took it upon himself to alter the “timing” of the production and expiration dates of his company’s products.

Investors are urged to stay tuned, and by the way... move that glass of milk away from your elbow.

IN GOOD SPIRITS: Which Chinese Liquor Stocks Are Potent?

0 #1 Frank 2012-09-06 20:38
I think it's fair to leave some things to experience. Cheese to France, Belgium and Wisconsin. Beer to Germany, Japan and Qingdao. But milk? It is not a traditional part of the China palate, so why go there? I think China has numerous sectors of market penetration and superiority. But dairy? Leave it to the experts. Hungary wouldn't dare try to list two ramen firms. Get the picture? I always am wary of firms that try to corner the market in a product that is completely alien to the local culture and history and tradition.
Quote
Refresh comments list
NextInsight.net

We have 545 guests and 4 members online