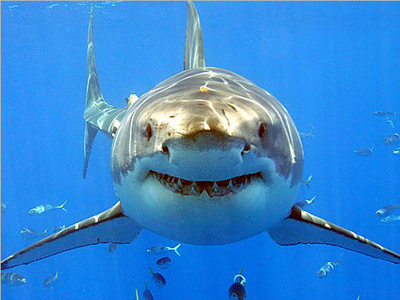 Bargains can spark a feeding frenzy, provided the targets are high enough in the water to spot.  Photo: Bluelyn

DEPRESSED P/E ratios can be like chum in the water, attracting a school of bargain hungry sharks.

But if they sink to the bottom and stay there, even the big fish ignore them.

The fact is that the weakening economy at home and the bleak prospects overseas have got Chinese shares in a proverbial valuation trap with little hope of emerging from the depths anytime soon.

Although the benchmark Shanghai Composite Index showed some resiliency late last week, regaining a chunk of its value on Friday following news of the second interest rate cut in a month, the performance since then has been more of the same – a downward spiral.

The recent breaking of the 2,200 level set a six-month low for the Index on continuous deflating news from the economic front from both home and abroad.

This also allowed the main tracker of A- and B-shares listed in both Shanghai and Shenzhen to flirt with the all-important, psychologically significant 2,132 level, which represents a 12-month nadir.

And the Monday morning blues seen this week represents the third losing start to a trading week seen by the Index since June.

In a nutshell, the Shanghai Composite Index is down over 23% year-on-year, and nearly 2% year-to-date from January 1 – when the market itself was suffering from an extended slump.

It's been a rough half year for China shares

The prolonged period of low price-to-earnings (P/E) ratios for the bulk of A-share listed enterprises is being exacerbated by the grim economic outlook worldwide as well as the contracted earnings growth potential at home.

These factors are doing little if anything to boost investor sentiment in Mainland China’s capital markets these days, with most not asking when a turnaround will come, but where the true bottom in for the bourse during the current half.

Therefore, it isn’t easy to gather why a sustained market recovery is further delayed when the bulk of the investing public believes that the benchmark Index may be heading even further south before things are all said and done.

We have 219 guests and 2 members online