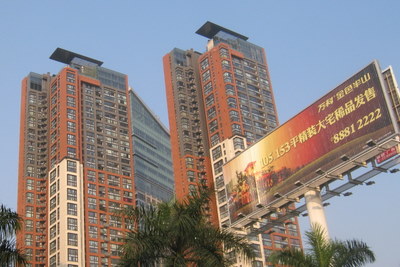 FOR ALL THE handwringing over sub-par results last year, alot of Chinese listed firms seem to be quite happy with the performances of their top management.

The numbers are in and shareholders are not smiling.

Instead, several CEOs might be laughing all the way to the bank.

Despite the lackluster annual results for Chinese firms that have poured in over the past few weeks, it seems that executives are getting a lot more money -- their companies’ performance notwithstanding.

The average for the top ten topped 10 million yuan, with six at the helm of Hong Kong-listed Chinese firms and four running A-share listed entities.

But Mr. Lu of Alibaba – China’s top B2B portal – may be a bit lonely at the top, as most of the other multimillionaire CEOs are in either finance or real estate.

The chief executives running companies in these two sectors, whether listed in Shanghai, Shenzhen or Hong Kong, all could claim king of the hill status in 2011.

But first let’s take a closer look at how much bacon Alibaba’s CEO pocketed last year, because it’s simply too tantalizing to let sizzle on the grill unattended.

Mr. Lu is the only representative from the high-flying tech sector to have his name carved on the top ten salaried CEO totem pole, but still managed to finish atop the heap for all CEOs of Chinese listed companies.

So how do Mr. Lu and Mr. Wei’s paychecks stack up against Alibaba’s legendary founder and chairman, Jack Ma?

This is not meant to be a forum on the virtues of chairmen over CEOs, but the above example should cast the former in a relatively positive light among shareholders.

Among the top paid executives last year, four hung their hat in the housing sector.

China Vanke topped the developers, coming in third overall among all industries.

Meanwhile, Citic Securities' chief was in fifth place on the leaderboard.

Investors should take note that two of the most capital-hungry sectors of the economy – real estate property development and financial institutions like brokerages and banks – also boasted the most generous compensation packages for their top executives.

The recent macromeasures by the People’s Bank of China – the country’s Central Bank – didn’t hurt matters with their making credit more accessible.

Investors would be well advised to not only monitor loan availability this year and its effect on cash-hungry industries, but also to keep a close eye on who is enjoying the perks of periodic windfalls – executives or investors.

A-share listed firms were some of the most generous toward their corner office inhabitants.

Sometimes it seems the top dog outbarks the bottom line.

A bit more about Alibaba's CEO:

We have 783 guests and no members online