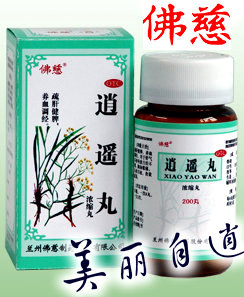 THE FIRST MILE is often said to be a marathoner's hardest.

There are lots of shoulders jostling you about and you haven't hit your stride yet.

The same might also be said for the first year of a newly-listed enterprise public experience... it's difficult.

This has also led to some speculation that domestic brokerages who brought them to the capital markets as underwriters are in the regulator’s crosshairs and will possibly face censure of some sort.

Traditional Chinese medicine maker Lanzhou Foci Pharma (SZA: 002644), which only listed in December of last year on China’s SME Secondary Board, just released its first-ever annual results announcement, and its poor showing is representative of an alarming number of newcomers to Mainland China’s capital markets.

It is expected that some 160 newly listed firms will report either bottom line declines or outright losses for calendar year 2011.

And even more recent newcomers to the stock market are hardly providing reasons to be optimistic.

Electric motor maker Shandong Zhongji (SZA: 300308) and logging equipment manufacturer GI Technologies (Beijing) Company (SZA: 300309) were among the 334 companies to go public in the PRC last year, and they also reported 2011 results that were much less stellar than their earlier, pre-listing performances.

All of these firms were approved for listing in either Shenzhen or Shanghai last year so one can only assume the market regulator conducted appropriate background checks into their respective financial track records, exercising consistency and due diligence across the board.

However, it is clear that the prospectuses provided by a large grouping of these newcomers were quite likely overly optimistic and borderline misleading, given the sheer number of recent listcos whose financial performance suddenly went south under the more intense scrutiny of independent auditors and curious shareholders.

This will certainly provide more ammunition for those calling for a tighter vetting regime over the country’s stock markets, especially over the SME Secondary Board and the two-year old ChiNext Board – the PRC’s answer to the Nasdaq – as listcos on these two smaller boards have more often been found to have widely divergent pre- and post-listing financial performances.

Other notable underperformers falling into this category include Wuhan Huazhong Numerical Control Co (SZA: 300161) and smartcard tech firm Wuhan Tianyu Information Industry Co (SZA: 300205) who along with 10 other newly-listed enterprises saw their 2011 net profits fall by an average of 30% from the previous year.

Altogether, some 215 newly listed firms have released their 2011 financial results. 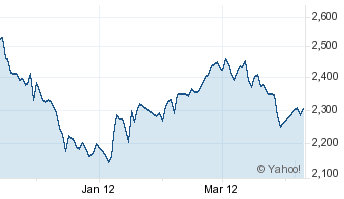 It has been a tumultuous year so far for China shares

Although the total is higher, 42 of these firms suffered a downturn which means one in five members of the stock market’s ‘freshman class’ had a worse 2011 than 2010, which doesn’t exactly inspire confidence among their new shareholders.

A big chunk of the losses was made by Founder Securities (SHA: 601901), which listed in August of last year and reported a nearly 80% drop in revenue for 2011, giving the brokerage the dubious honor of being the worst performer among companies listed last year.

The poor performance of many bourse newcomers last year not only disappointed investors, but also raised more than a few critical eyebrows in regulatory circles, with several underwriting entities coming under fire for less than transparent pre-listing promotions and presentations.

According to relative regulations, underwriters are required to clearly state the pre-listing financial performance of listco candidates and should take some responsibility when the post-listing numbers deteriorate by over 50%.

Going by the numbers and those brokerages tied to underperforming newcomers, it would appear as though Essence Securities, Citic Securities (SHA: 600030) and Shenyin & Wanguo Securities appear to be three of the most likely houses to see punitive action of one form or another taken by the country’s stock market watchdog – the China Securities Regulator Commission (CSRC).

We have 259 guests and 3 members online