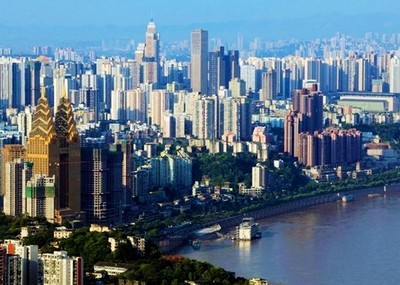 Translated by Andrew Vanburen from a Chinese-language piece in Moneyweek

IT’S BEEN CALLED the biggest city in China nobody’s heard of.

Chongqing's 32 million residents live astride two major rivers in the country’s southwest in a city that boasts 34 of its local firms as A-share listcos.

However, all is not well as 19 of these are under investigation by the State-owned Assets Supervision and Administration Commission (SASAC) and may face mandatory rerating.

The city is also China’s largest by size by far – a sprawling 82,000 plus square kilometers, accounting for nearly 1% of the entire country’s land mass.

This girth is the main reason for its leading population count, and also explains how it could have a sizable number of local firms selling A-shares, given the sheer size of the labor market and the space available for plants and supply chain setups.

In fact its 34 native son listcos make up 1.5% of the total A-share listed companies in Mainland China.

The city that is not technically part of, but fully defined by, Sichuan Province has also been referred to by economists and sociologists as “a microcosm of China.”

That’s due to the city’s heavy centralization of population into a densely packed urban center to establish both a quasi-independent market by its own right and a critical mass of humanity that not only wins “special municipality” status from Beijing but also enjoys all the goodies that honor bestows. 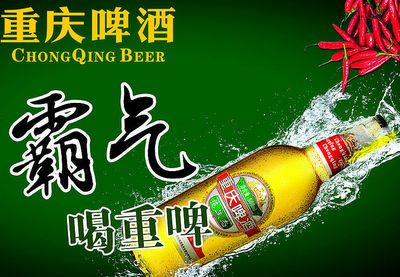 In addition, as the largest city by both population and size, it is home to sprawling agricultural regions in its environs that not only provide the soft commodities that a hungry and rapidly-growing city requires for sustenance, but a steady stream of cheap labor leaving the farms to keep its industries humming along.

Chongqing – along with its smaller neighboring city Chengdu, capital of Sichuan Province – have both come to be known as the unofficial gateways to China’s massive and largely untapped hinterlands.

But along with this coveted designation comes tremendous responsibility – namely the need to ensure investors that their money is relatively safe.

The 34 local firms that have thrown their hats into the A-share ring are themselves microcosms of the vitality and diversity of Chongqing.

Then there is leading local developer Chongqing Yukaifa (SZA: 000514) which has lost 43% of its value over the past year.

So why are 19 of the megalopolis’ listed enterprises facing restrictions and possible punitive action including rerating action by SASAC, even as a good number are already seeing share price falls?

There are several issues that have come to the regulator’s attention.

First is that if a firm is heavily reliant upon floating capital with “regional characteristics,” then said listed firm should be forthright in notifying shareholders on a regular basis of the nature of its shareholding structure.

In other words, shareholders have a right to know if local governments have an unusually high (or low) stake in any particular counter.

Apparently, this level of transparency has been more the exception rather than the rule of late for the 19 firms in question.

Of the metropolis’ 34 local listcos, 19 are state-owned enterprises (SOEs), with 16 of these being owned by SASAC itself to one degree or another, either by the State Council-level SASAC, the Chongqing Metropolis SASAC or a smaller branch of SASAC operated by a district within Chongqing itself.

This seems to be a case of a low-level turf war brewing to the surface and being made public only because public shareholders' interests are directly at stake.

Already, two of the firms in question have been designated with ST (special treatment) stock status due to concerns over profitability, transparency, erratic trading volume and sudden stake shifts.

Investors in Chongqing-based listed enterprises – especially those 19 with SASAC stakeholdings – would do well to monitor the drama unfolding in China’s southwest with due diligence.

We have 824 guests and 6 members online