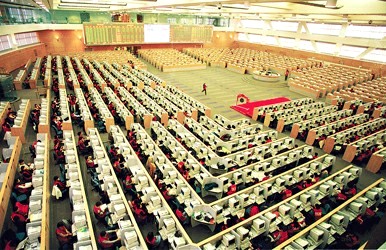 THE NUMBERS ARE IN.

Mainland China-based funds scouring the country’s two A- and B-share bourses in Shanghai and Shenzhen lost an eye-popping 500.4 billion yuan in 2011 for investors, which represents the second worst year ever.

But is there more to the story, and what's being done to turn things around?

First is should be mentioned that commission incomes raked in by domestic funds had a passable year. chalking up 28.9 billion yuan in 2011, down just 4.8% year-on-year.

However, the benchmark Shanghai Composite Index, which tracks A- and B-shares in the PRC, had a decidedly worse year, plummeting 21.7% in calendar year 2011.

Part of the problem resides in the tendency of funds to be less transparent than non-fund listed enterprises in the letter and spirit of both their earnings reports as well as their periodic written communications with investors.

Foremost among the details needing more forthrightness and clarity is their often obscure -- perhaps by intent – dividend policy.

Dividends and bonuses must be clearly stated in each communication, even more so if there is a change to a previously stated amount.

This is a large contributing factor to the very poor return on profits performance of the country’s funds last year for investors as a record amount of rewards of various manifestations were bestowed upon some of the more substantial and “favored” shareholders and other investors or affiliated parties.

China funds have an increasingly large selection of PRC-listed firms from which to choose. Chart: CSRC

This of course leaves those either not in the know or not holding threshold stakes (or investment levels) out in the cold and drains the bottom line performance of the fund by year end, as well as cutting into the returns available for investors.

On March 30, the CSRC took a step in the right direction, announcing that beginning from May 1 of this year, all funds and asset management firms “should” include in all their earnings statements and updates a clear account of the fund’s latest net worth levels.

This will not only allow investors of all scales to accurately monitor the comprehensive performance of their various invested funds on a timely basis, but also enable a more realistic comparison to rival funds both at home and abroad.

The new guidelines will also permit investors in funds to better judge the wisdom, timing and size of bonuses and dividends at any given time in the fund’s operational progress.

“The timing and content of this announcement demonstrates the CSRC’s commitment to providing a level playing field for all investors in the country’s funds. It also reveals a further embrace of the unstoppable move toward real-time, digitized information sharing in the financial sector which is crucial to minimizing risk, as investors will now be able to access the nearly 1,000 periodic reports and announcements issued by domestic fund management companies on an annual basis,” a spokesperson for the CSRC said.

At the same time, the spokesperson expressed confidence in the sector over the long term.

“Despite the poor performance last year, I believe that with the ongoing economic recovery, the general public will have greater confidence in domestic funds going forward and the Commission’s latest measures will play a role in effectuating this desired outcome.”

Over the past several years, in order to bring about more financial transparency in the fund market, the CSRC implemented the XBRL (Extensible Business Reporting Language) standard as the benchmark for all funds issuing earnings statements and notes to investors.

Key within this transition was a much heavier reliance on real-time digital information available on-line around the clock so as to avoid the hazards of waiting for periodic reports to trickle down to interested parties.

The next generation computerized fund information system not only brings real-time financial and investment data to investors, but helps simplify and consolidate the massive reams of figures and tables into a more digestible whole, therefore helping minimize risk and maximize transparency.

“We began by using the system for all the publicly-released data for four funds at first. And now that there will be 950 such reports utilizing this more transparent system which is both more comprehensible and comprehensive, we believe funds will once again be a safer, surer bet for investors down the road,” the CSRC source added.