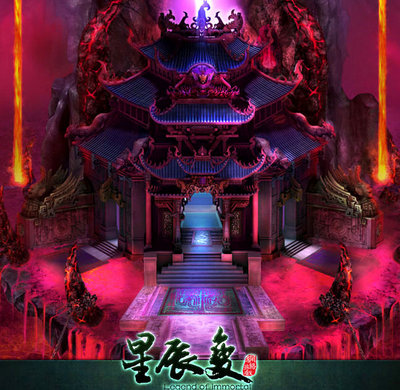 China's Shanda Interactive may be pondering a move from the Nasdaq to Hong Kong, according to a PRC press piece.
Image: Shanda

NOT ALL THAT long ago investors and underwriters were all agog over the wave of Mainland Chinese IPOs seeking to raise money in US capital markets.

But ever since the bust of 2008, it has now come out that more than half are considering delisting.

And for more than a small sampling, it looks like Hong Kong could very well be their next stop, making them like overseas Chinese, or “sea turtles” who return to the PRC to seek their fortune.

Market watchers have noted with excitement the rejuvenation of the IPO market in New York, especially over the past month.

But this latest market momentum has failed to carry many Mainland Chinese companies in its wake.

The biggest reason given is also one of the most common complaints voiced about PRC-based firms either listed in the US or queuing up on the tarmac awaiting regulatory approval for takeoff.

Namely, it is that determining fair value is harder to pin down for these stocks, and investors also have a hard time picking winners from laggards among the Chinese stocks selling shares in New York.

And for several, the very question of whether or not they will survive -- or for how long -- is an issue.

“Over the past year, several Chinese counters listed in New York have either announced their intention to delist or have already begun the paperwork,” a corporate lawyer following the US capital markets said.

He added that since mid-2010, some 50 Chinese firms listed in the US have been burdened with legal, regulatory or auditing questions or investigations which has led to over half of the CEOs or CFOs of the affected companies to consider leaving the market in search of greener pastures or full privatization.

Adding to the disincentives to carry on with the status quo is the fact that ongoing issues with the firms in question have snowballed into a general rejection by shareholders, resulting in continuous share price falls for several of these “red chip” firms listed in the US.

Insufficient corporate governance and accounting irregularities are two of the biggest concerns cited by those both selling and avoiding these shares.

“Even though an inordinate number of negative calls and ratings are hampering Chinese firms listed in the US who came to the market via rather circuitous means, around half of those considering abandoning the New York bourse were listed via upright, straightforward, fully-transparent processes,” said another legal expert with a Beijing branch of a US law firm.

He added that PRC chips pondering a possible delisting from the US might follow the lead of once high-flying on-line gaming designer Shanda Interactive Entertainment, which begain selling shares on the Nasdaq in 2004.

Shanda announced late last year an agreement to be taken private by a group led by its CEO Chen Tianqiao for around 2.3 billion usd.

The Beijing-based lawyer said that Chinese theme stocks like Shanda (Nasdaq: SNDA) in the US have performed poorly of late, as investor interest has dwindled down to a trickle prompting them to ponder other markets to raise capital.

And that meant that more than a handful of these Chinese firms contemplating a delisting from New York would now have the Hong Kong Stock Exchange in their crosshairs.

“These returning ‘sea turtle’ Chinese firms are likely to find a better reception at first in Hong Kong, and also a higher share price. But they must also contend with a more onerous listing approval process,” said a lawyer with an international partnership in Hong Kong.

Therefore, it is unclear whether these PRC-based firms leaving New York will find things more amenable in the Special Administrative Region’s capital market.

“Those Chinese firms with genuine problems hoping to have an easier time of things in Hong Kong are in for a rude awakening if they haven’t resolved standing issues.

“The Hong Kong bourse regulator will be very interested to know why they abandoned the US stock market and whether the candidates with all their books in order were merely the victim of the ‘bad apples’ among the Chinese stocks listed in the US... guilt by association if you will,” the Hong Kong-based lawyer added.

We have 432 guests and one member online