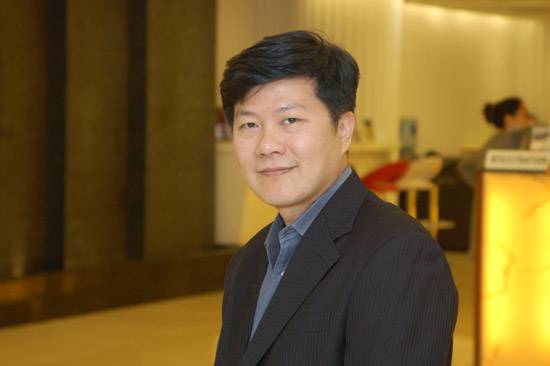 Seen here at his main dental outlet in City Square Mall, Dr Ng Chin Siau, founder and CEO, owns a 33% stake in Q&M Dental. He and 17 other dentist-shareholders owning 72% of Q&M in aggregate have signed an agreement not to dispose their shares in the open market for 10 years (from 2008) as well as pledged to work for Q&M for at least 10 years (from 2008).
Photo by Sim Kih

SINCE last December, Dr Ng Chin Siau has stopped treating patients, as he no longer has the time to do so while evaluating and forging business deals for the company he founded in 1996, the Q&M Dental Group.

As CEO, Dr Ng reckons he is creating a lot more shareholder value by navigating Q&M, the only listed dental healthcare group in Southeast Asia, through a complicated maze to seek opportunities in China’s vast market. 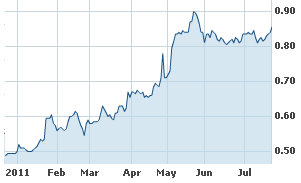 Two of these have been closed and the profit guarantees from the China partners will kick in from next month.

They clearly are just curtain raisers, if you like, to mega ventures, considering the target funds that Q&M has said it wants to raise (more on this later).

Another three ventures are in the due diligence or negotiation stages.

As Dr Ng puts it in our meeting with him at his office in City Square Mall: “The market in China is big – it’s 1,000 or 2,000 times bigger than Singapore. And now it’s not just us seeking partnerships but also there are deals which are looking for us.”

These opportunities are turning on its head the Q&M’s organic growth story prior to its IPO in end-2009. 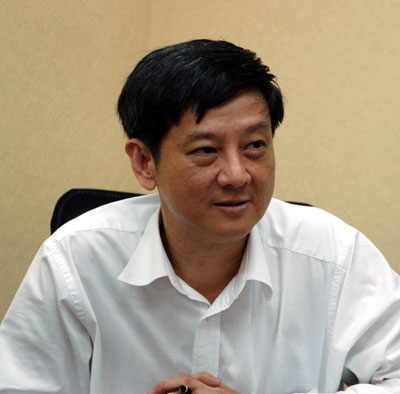 Vitters Sim is the CFO of Q&M.
Photo by Sim Kih

It now has 44 dental clinics and 140 dentists in Singapore currently, which is some 15 years after it was founded as a single clinic in Bukit Batok.

The emergence of Q&M as a household name has won Dr Ng, in December 2010, the Ernst & Young Entrepreneur Of The Year 2010 Award (Healthcare Services).

The journey up continues.

“In China, we want to jumpstart our business. We are buying into businesses and gaining momentum.”

Dr Ng added: “We would like our ventures in China to achieve RMB80-90 m a year in profit, and our share to be 40-45%. With RMB80-90 m, it would be good enough for us to secure a mainboard IPO in Hong Kong for the Chinese dental ventures. If we can achieve it, it would be good for shareholders in Singapore.”

With such prospects ahead, the stock of Q&M has been accorded a rich valuation – rich in so far as last year’s earnings are concerned. The historical PE is 56X.

However, the future profitability of Q&M is looking promising, which may explain why Q&M now trades at 85 cents a share. 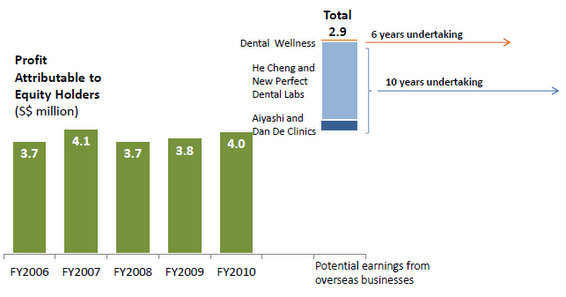 Q&M's earnings have been stable in Singapore. Going forward, its China JVs have the potential to boost earnings as depicted above in a Q&M presentation slide on the first 4 JVs which have been announced.

To ramp up its profitability, Q&M would need lots of capital – RMB400 million, as it has announced - to invest in Chinese ventures over the next five years.

No less an organization than the International Finance Corporation (IFC), a member of the World Bank Group, has agreed, in April this year, to grant Q&M a US$15 million loan for that purpose.

Q&M has announced a plan to raise funds via TDRs in Taiwan, but Dr Ng has found that the quotations for professional fees are “expensive”. The company has yet to finalise its decision on whether to go ahead with the TDR and is weighing other options.

“In the process, we realize that our China business is our jewel. There is no shortage of interested parties.”

Q&M is looking for another S$50 million or so to invest in China. And it's not just dental laboratories and clinics that Dr Ng is targeting.

“My vision is for Q&M to have a dental hospital which houses all the six major disciplines of dentistry. There is no shortage of such hospitals in China. But they have not achieved a listing. We have the experience and can give them a lot of confidence in doing it. Q&M can also train dentists, and teach them our systems and protocols. In that sense, we are much better than private equity funds who just pump in money.”

0 #1 Helen 2012-01-11 13:09
The PE is too rich for value investors! I wonder how the market can support its rich valuation especially in tough market times like these, when stocks which are growth stocks kana PE of only 2-3X, such as Sino Grandness, and Eratat. Hey, these are also riding on opportunities in the vast China market. So why Q&M at 55X PE? I blur.....
Quote
Refresh comments list
NextInsight.net

We have 1266 guests and no members online