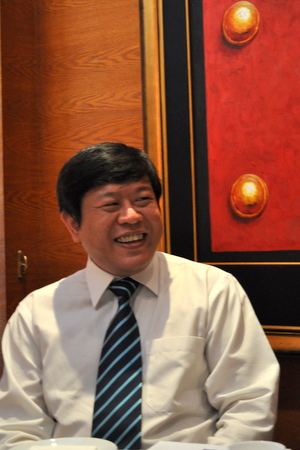 SAPPHIRE CORPORATION has just announced that it would repay in cash the first of 9 instalments of a loan to Credit Suisse International.

The instalment of US$8.07 million is due on Jan 14 next year. Sapphire had chosen cash instead of shares of China Vanadium Titano-Magnetite Mining (China VTM) which it had pledged to Credit Suisse.

The repayments, whose final instalment is due in Jan 2015, will have an impact on the financial statements of Sapphire.

The choice of currency -- cash or shares of China VTM -- also has a role.

> In 2010, Sapphire had a $113.7 million fair value gain on initial recognition of its China VTM shares.

> In 2011, Sapphire reported a net loss attributable to shareholders of $35.6 million.

For you to get a handle on this complicated financing story, we present the following Q&A in collaboration with Sapphire's CFO, Ng Hoi-Gee, and its corporate communciations manager, Angeline Lim:

China VTM listed on the main board of the HK Stock Exchange in Oct 2009. The Group is primarily engaged in mining, ore processing, iron pelletising and the sale of iron concentrates, iron pellets and titanium concentrates to steel producers and downstream users of titanium-related products.

A: During 1Q2011, the Company through its wholly owned subsidiary, SMRHK, entered into a share financing arrangement with Credit Suisse for a loan of US$72.6 million (equivalent to S$91.3 million). 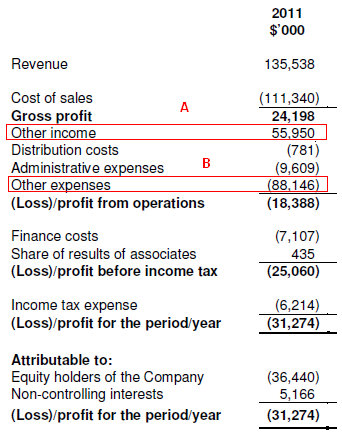 Note A: 'Other income' includes mark-to-market gain on the options embedded in the Credit Suisse financing.
Note B: 'Other expenses' includes impairment loss of $80.3 m on China VTM shares.

The use of the loan was as follows:
1. Interest paid of US$3.4 million
2. Fees paid in relation to the loan of US$1.9 million
3. Repayment of Citic Bank International Loan of US$57.5 million
4. US$9.8 million for working capital of the Group.

Q: What is the impact on the financial statements from repaying the loan (between 2013 and 2015)?

A: If the loan is repaid by shares, Sapphire's financial result will cease to be affected by fluctuation in China VTM share price.

If repaid by cash, Sapphire's result will continue to be subjected to fluctuation in China VTM share.

According to Singapore Financial Reporting Standards, investments in equity securities classified as available for sale financial assets are measured at fair value and changes to the value, other than impairment losses, are recognised in "other comprehensive income."

Any subsequent recovery in the fair value of an impaired available for sale equity securities is recognised in "other comprehensive income."

The stock price recovered to HK$1.52 as at 31 December 2011 and the gain was recognised in "other comprehensive income". (Note C in table below) 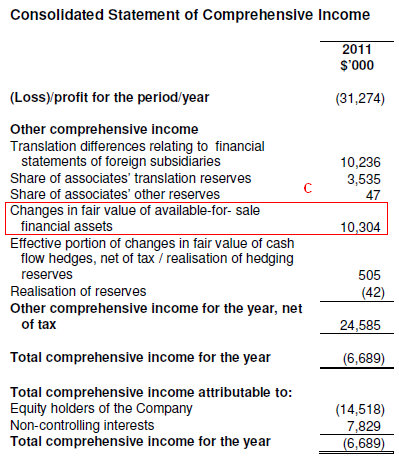 Note C: A recovery of China VTM shares in the 4th quarter of 2011 and a decrease in fair value of Precise Skill Limited led to a net fair value gain of $10.304 million under 'other comprehensive income'.

Q: "Mark-to-market gain/loss" relates to the call and put options embedded in the Credit Suisse financing.  The options are carried at fair value. Mark-to-market gains/losses  are recognised as "other income". (Note A in table above)

How will mark-to-market gains/losses be affected by repayments to Credit Suisse?

Q: What factors are considered by Sapphire in choosing between cash and China VTM shares for the repayment?

A: Our investment in China VTM is a strategic investment and our preference will be to pay by cash and thus continue to hold China VTM shares.

Nonetheless, we will also have to consider our available funds as well as the pricing of the shares during the repayment decision period. 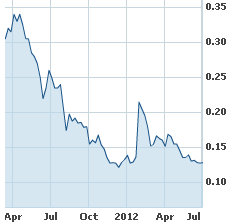 Sapphire shares recently traded at 13 cents, a sharp 61% discount to its net asset value of 33.18 cents
Q: Can you elaborate on the 'strategic value' of China VTM to Sapphire?

A: China VTM is a mine operator which owns and operates four vanadium-bearing titano-magnetite mines and two ordinary iron ore mines which are located in Sichuan province.

As a strategic partner of Sapphire, it provides a steady upstream supply of iron ore to the Group’s steel plants.

Q: With the entire loan at S$91.3 million, will Sapphire likely be repaying in cash or, more likely, in part China VTM shares?

A: Each tranche will be assessed individually and consideration is mentioned above.

I know demand of steel and hence iron ore is still high in sichuan (the region where china VTM operate) as the growth is twice of china gdp...
Quote
Refresh comments list
NextInsight.net

We have 1224 guests and no members online