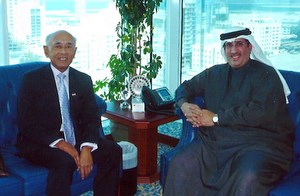 AT A time when companies are slashing their budgets, MTQ Corporation is embarking on a venture to more than double the size of its operations at a cost of US$20 million.

Singapore-listed MTQ is setting up a 100%-owned venture in Bahrain to serve the world’s biggest oil drilling region - the Middle East.

MTQ has the financial muscle - $7 million in net profit for the first half of its current financial year - and operations cashflow to fund its ambition.

Over the next two or three years, it will build a 40,000 sq m operation in the Bahrain International Investment Park. The size of its leased land is thrice that of its existing operation in Pandan Loop in Singapore.

Its state-of-the-art facility in Bahrain will provide engineering, repair and refurbishment services to oilfield equipment used in oil drilling operations.

More importantly, as a result of the global economic downturn, labour costs and supply have turned in MTQ’s favour. These factors were highlighted by MTQ chairman and CEO Kuah Kok Kim in my recent interview with him.

To start with, MTQ decided to venture into Bahrain as the company’s scope for expanding its business in Singapore is limited as its business is a niche service, not a volume game, said Mr Kuah.

“After 30 years of being in business, we are well-known to drilling contractors. Most of them in Southeast Asia have used our service and are our repeat customers. A lot of these companies operate also in the Middle East, and have asked us to set up a business to serve them there.” 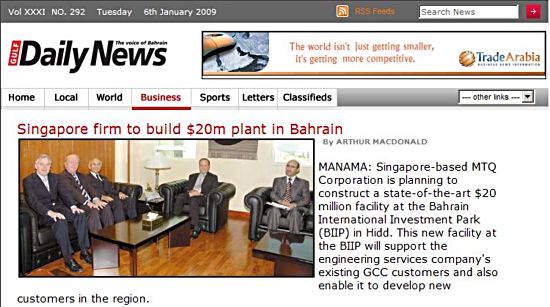 MTQ's plan made headlines in several newspapers in Bahrain.

Being close to the customer is key because it would take too long to transport oilfield equipment from Middle East to Singapore. Middle East is just too far even if compared to oilfields in Eastern Russia, China, India and Australia, which send their equipment to MTQ in Singapore.

Currently, if they don’t use local service providers, drilling contractors in the Middle East might send their equipment for repair to places such as Scotland and even the US.

After about two years of studying the feasibility of setting up shop in the Middle East, MTQ settled on Bahrain.

“Its big trump card is that it is just half an hour away from Saudi Arabia’s main oil production area. In addition, Bahrain is now building a causeway to Qatar, which is one of the top gas producers in the world.”

Bahrain offers economic incentives: MTQ will not need to pay corporate tax and is allowed to own 100% of its venture. 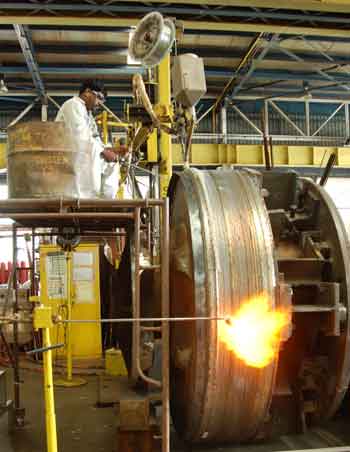 Other attractions about Bahrain include the widespread use of English and its sizeable local workforce. The country is similar to Singapore in size and it is also an island.

It is looking to Singapore as a model for its economic development. In fact, it has a government body just like Singapore’s which is called by the same name: EDB, or Economic Development Board.

Why not partner a local?

The key reason: MTQ’s future customers are foreign drilling contractors whom it knows already or know how to relate to them, said Mr Kuah.

Ask about competition, he said there are two key rivals in Saudi Arabia, one small one in Oman and one in Abu Dhabi.

“The real test is our level of service, rather than who else is in the business. The type of work is relatively small expenditure compared to the overall operating expenses of the client. However, the consequences of poor workmanship can be catastrophic. That's why customers prefer to go to companies they can trust.”

As an illustration, a big oil rig could have an operating expense of about US$1 million a day. If the operator is unable to obtain quality and prompt service for the repair and servicing of its equipment, it would obviously incur sizeable costs.

MTQ expects to staff its Bahrain operation with about 250 people. 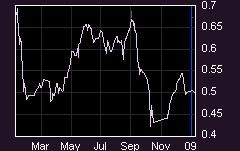 Why expand when oil price has come down?

MTQ's business continues to thrive as the number of oil rigs, whose parts need repair and maintenance from time to time, has grown sharply in recent years.

That is the key driver for MTQ, and not the price of oil. Mr Kuah, who took over the management of MTQ in late 1997, said that in 1998 when the price of oil was US$10 a barrel, MTQ Oilfield division - the part of the MTQ group which is in charge of oilfield engineering - was still a profitable business.

MTQ's venture in Bahrain will benefit from the Gulf area being a sustainable and a low-cost producing area, said Mr Kuah.

The level of oil exploration there is expected to remain high as the production cost there is US$2 a barrel only because the sites are onshore. The offshore ones are in a benign working environment which does not incur the high operating costs of tough sites such as those in the North Sea.

As MTQ's Bahrain venture is a greenfield venture, the management does not expect the project to have a major contribution to the bottom line of the Group for the first two to three years.

By the time it is up and running, the global economy is likely to have recovered and MTQ can look back at the present circumstances as being one lucky break without which its construction costs would have been much higher and construction time longer.

We have 806 guests and no members online