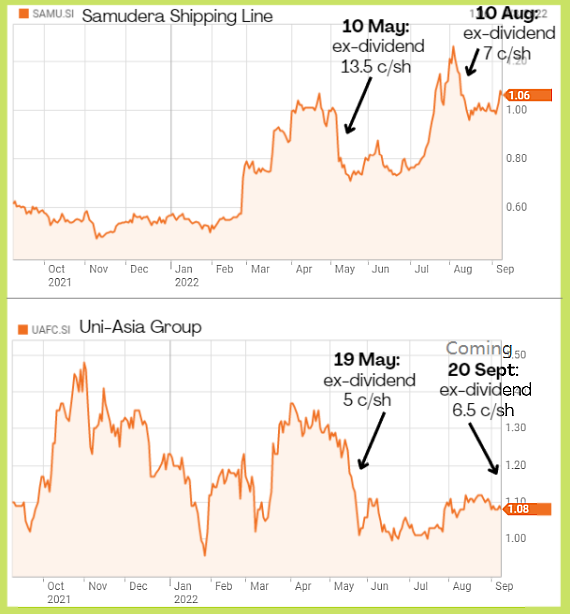 Has investor sentiment swung too much from euphoria to excessive caution?

Investors would have been puzzled by the frequent filings on the SGX website of buying of stock by insiders at Samudera and Uni-Asia in recent months (more on this later), which raises the possibility that their stock valuations are at least reasonable, or even cheap, in the face of a drop in profitability in the near term.

According to Bloomberg, the trailing PE ratios are:

In addition, check out an article published in The Straits Times today (8 Sept) featuring Samudera. When asked if the container shipping market had peaked, CEO Bani Mulia said that even if that was the case, this was a peak which would remain in place for a while.

Translated: He was saying shipping prices have risen and sort of plateaued, not dropped dramatically.

He explained: "There is a huge supply-demand imbalance which won't disappear over the next 12 months" (see graphic below), and in the small containership space that Samudera operates there is little threat of an influx of new vessels: 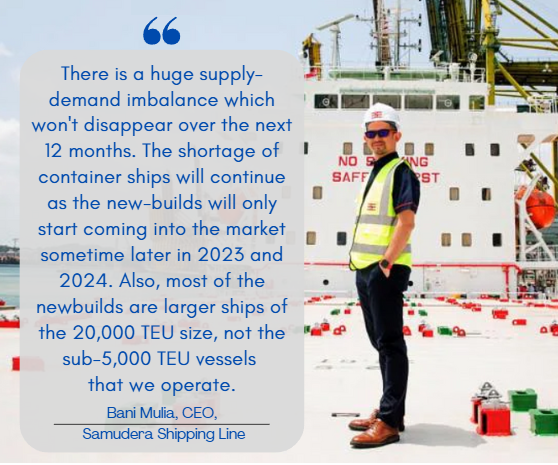 Over at Uni-Asia, the company has also been saying that in the small handysize space that it operates in, there is little threat of an oversupply of new vessels:

We have 367 guests and no members online