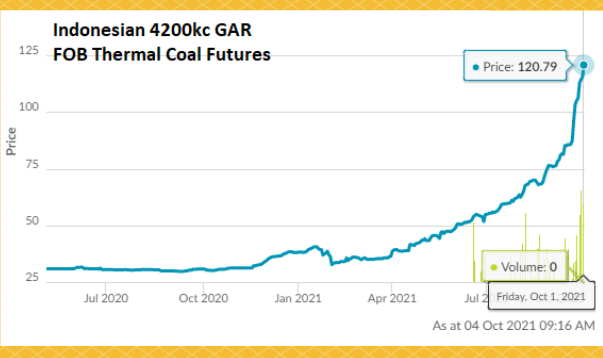 Geo Energy is a pure coal play while Golden Energy & Resources is not only into thermal coal but also coking coal and gold.

Its coking coal and gold businesses were loss-making in 1H2021 as they were in phases of expansion and not producing optimally.

Back then, coking coal prices were depressed as well.

Add to that, Golden Energy incurred one-off financing costs of US$10.5 million related to a bond transaction. 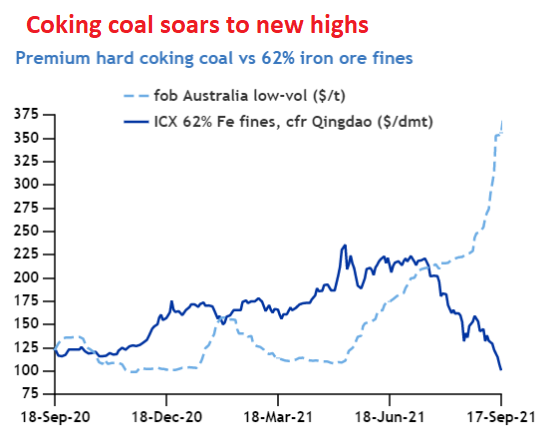 Coking coal is an essential ingredient for making steel.

Stanmore's stock which is listed in Australia has, accordingly, gone up about 31% to 91 cents since 1 July 2021.

The sharply higher prices of thermal coal will also pull up the cash cost of production of Geo Energy and Golden Energy but it will be insignificant relative to the magnified profitability.

How magnified will profits be?

Every 1 million tonnes brings in US$1 million extra revenue for every US$1 rise in selling price.

With selling prices up US$50-60 per tonne over the 1H2021 average, the impact is simply humongous.

Just consider the tonnage that Geo Energy and Golden Energy are targeting to produce:

Thermal coal's upswing has been driven by heavy rains in coal-producing Kalimantan as well as China-Australia geopolitics:

We have 990 guests and no members online