Beyond this snippet are a suite of other industry-leading construction methodologies that will be applied to the OBS project.

There will be Prefabricated Prefinished Volumetric Construction (PPVC) -- this is used to manufacture modules of the structure with internal finishes, fixtures and fittings in an off-site fabrication facility, before they are delivered and installed on-site.

Another example cited in an interview with NextInsight by Zhi Kai: Mass Engineered Timber (MET), which are engineered wood products with improved structural integrity.

MET was a new offering of Tiong Seng which Zhi Kai was in charge of developing when he joined Tiong Seng Group in 2018 as Commercial Manager in wholly-owned subsidiary, Steeltech Industries.

He had left PwC, as a senior associate, after two years there, and spoken with his father, Mr Pek Lian Guan, the then-CEO of Tiong Seng Group, about crossing over to Tiong Seng.

One of the ground rules, Zhi Kai volunteered was: "I'm not indispensable. If I don't perform, I have to be let go."

He was tasked to launch the MET business, tapping on the experience of a British expat who was leaving Tiong Seng but was available for consults.

Subsequently, in August 2018, Zhi Kai led a team to win a tender for a slice of the Nanyang Technological University's tender to construct its new Nanyang Business School. 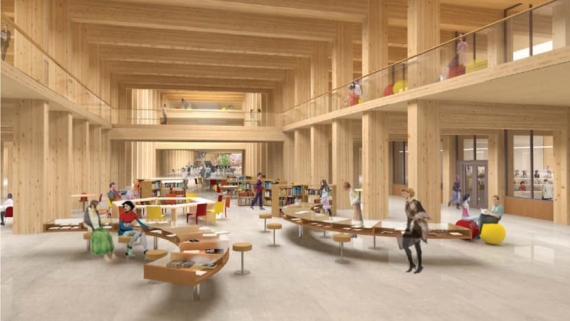 The MET contract amounted to S$20 million, and was the world’s largest timber project by volume. In this Steeltech’s maiden MET project, the timber was sourced from Austria's renewable forests.

We have 769 guests and no members online