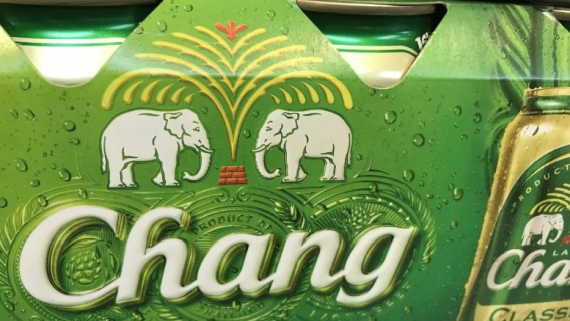 Thai Bev is the spirits and beer leader with No.1 market share in ASEAN.

With reference to this link (click HERE), Thai Bev has the highest potential upside among the STI component stocks, with a potential capital upside of around 21%.

Based on Bloomberg, there are 17 buy calls; one hold call and zero sell. Average analyst target is around $0.930, representing a potential capital upside of around 27%.

Coupled with an estimated dividend yield of around 3.2%, total potential upside is around 30%.

A Goldman Sachs report dated 11 Feb 2021 cited a new area mentioned by Thai Bev in the 1QFY21 presentation slides which highlighted BeerCo’s growth strategies. These growth strategies consist of “(1) potential strategic partnerships with other international brewers in Vietnam and Thailand, and (2) potential M&As in ASEAN markets such as Laos, Cambodia and Myanmar, and stakes in associate/JV breweries in Vietnam.”

Based on an article on Bloomberg, Thai Bev may list BeerCo on Singapore bourse as early as 2Q2021 which may mark the largest IPO in Singapore since HPH Trust in 2011.

b) Analysts believe Thai Bev may trade to >= $1.15 on successful listing of BeerCo

According to CIMB’s sum of parts calculation, Thai Bev may be worth $1.17 / share based on the assumption of a US$10b valuation for BeerCo.

Similarly, OCBC and Maybank believe that Thai Bev may trade up to $1.15 and $1.24 respectively based on the assumption of a US$10b valuation for BeerCo. At $1.15, this represents a potential capital upside of around 56%!

Thai Bev has just breached its 20D, 100D and 200D EMA with above average volume today. Indicators such as MACD are turning higher. A sustained breach above $0.765 with volume expansion is bullish for the chart. Conversely a sustained breakdown below $0.715 with volume expansion is bearish. Based on the current chart developments, odds of a bearish scenario are less likely.

Examples of some risks which Thai Bev needs to contend with are highlighted below.

The usual business risks apply. For example, weaker than expected volume growth of products; higher than expected operating costs etc are likely to have an adverse effect on Thai Bev.

Thai Bev is the spirits and beer leader with No.1 market share in ASEAN. It has significant presence in Thailand and Vietnam. As such, it is exposed to both regulatory and political risks in these two areas. For example, the tightening of drink driving rules in Vietnam has resulted in a drop of at least 25% in beer sales in Vietnam according to a Maybank report dated 28 Mar 21.

c) Size, pricing and timing of the IPO for BeerCo

A resurgence of Covid 19 resulting in lockdown (or tightening of Covid 19 measures such as reduce operating hours or even closure for entertainment venues) is likely to have an adverse impact on demand for Thai Bev’s products.

P.S: I have already notified my clients on 17 Mar and this morning to take note of Thai Bev. I am vested.

Readers who wish to be notified of my write-ups and / or informative emails, can consider signing up at http://ernest15percent.com. However, this reader’s mailing list has a one or two-day lag time as I will (naturally) send information (more information, more emails with more details) to my clients first. For readers who wish to enquire on being my client, they can consider leaving their contacts here http://ernest15percent.com/index.php/about-me/