According to Pirelli, global tyre sales volume in 2020 was down 15% year-on-year. The second half was a vast improvement after the plunge in the first half.

However, China Sunsine, which is listed on the Singapore Exchange, fared well. Its sales volume dipped 7% year-on-year in 1H20, when global tyre sales were down 28%.

It grew 10% in 2H when the tyre industry was still not out of the woods.

In 2020, Sunsine strengthened its leadership in the rubber accelerator industry, garnering 22% market share, from 20% before.

As they are essential items and account for only 3% of tyre production cost, rubber chemicals are sold on a cost-plus basis. Dearer raw materials bode well for Sunsine.

The price of aniline, the main raw material for rubber accelerators and antioxidants, began surging in Oct 20:

During the FY20 results briefing, Sunsine's CFO shared that TBBS is being delivered to tyremakers for RMB 24k in 1Q21, up from RMB 19k in 4Q20, as production took place a couple of months after price finalisation. 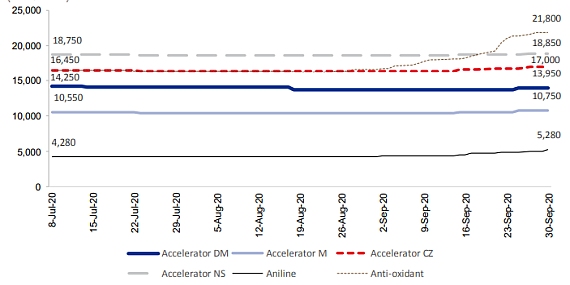 1Q21's ASP should be higher than 2H20's when the higher rubber accelerator prices in 4Q20 are recognised. 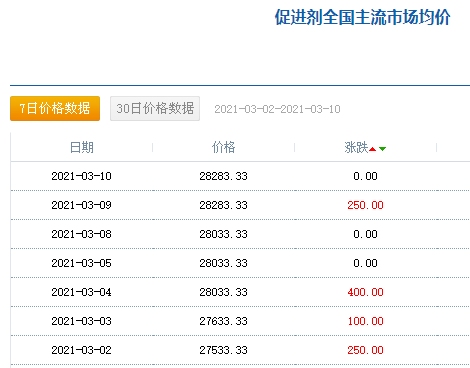 Besides higher ASP, 1H21 may see higher sales of rubber accelerators from the 14% unused capacity:

In his 26 Feb 21 report, the CIMB analyst said: "We understand that Sunsine’s 20kt rubber accelerator capacity added in mid-2020 has been well absorbed, with growing utilisation rate, and forecast its sales volume will grow 13% in FY21".

Finally, the US$ has so far been stable after plunging in 2H20. If this stability continues, Sunsine's 1H21 will be spared forex loss, which was experienced in 2H20 and amounted to RMB 32m.

In its results announcement for 2020, Pirelli expressed optimism as follows:

We have 1387 guests and no members online