Miyoshi Ltd has been listed on the SGX a long time -- 17 years to be exact -- with its core business being the provision of precision engineering solutions to clients in the automotive, hard disk drive and consumer electronics industries.

Starting from a few years ago, it searched for a new wing of growth. In 2015, Miyoshi finally found it in Fujian and completed its investment in a light electric vehicle venture in Aug 2016. 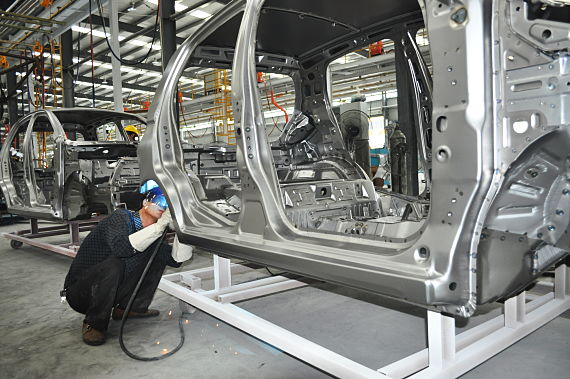 Under a MOU with Core Power, Miyoshi has the option to increase its stake to 49%.

NextInsight visited it this week.

Watch our video for insights into the production processes, many of which are not automated yet but will increasingly be so  -->

Video highlights:
♦ At 330,000 sq m, the sprawling grounds of the Core Power plant are the equivalent of about 50 football fields.
♦ Car seats being produced in-house.
♦ Steel plates being stamped to produce various parts such as bonnet, door and car frame.
♦ Final assembly -- and our test drives 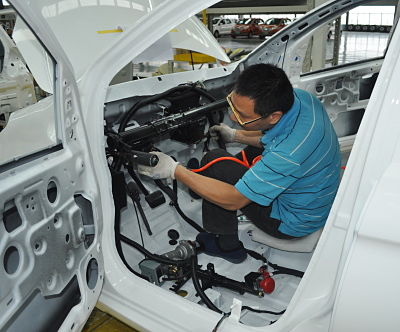 The light electric vehicle is a compact two- or four-seater car that runs on rechargeable batteries.Miyoshi's S$8.8-million investment in Core Power took the form of S$3.6 million cash and a transfer to Core Power of Miyoshi's entire 55% stake in Green Galaxy valued at S$5.5 million.Green Galaxy had earlier embarked on a greenfield project to develop electric vehicles in Jiangxi province but Miyoshi and its JV partner decided to abort it because of licensing issues. 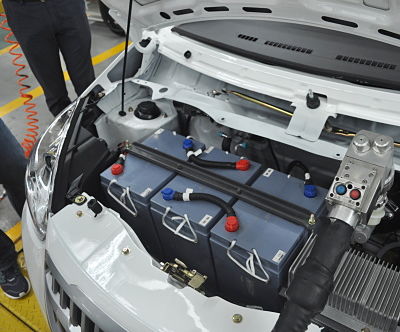 ♦ It has built a manufacturing plant.
♦ Funding has been settled as it has a wealthy real-estate entrepreneur, Chen Yuming, backing the S$40 million capex.
♦  It has technical support from Tsinghua University through a R&D agreement.

The average distance the cars can travel on a full charge (at home or anywhere there is a conventional power outlet) is about 120 km. They are not allowed to travel on highways.

The business has not turned in a profit yet but stacked in its favour, according to management, is the lack of competition in the southern part of China, where Core Power has focused on widening its distributor network.

Its vehicles are not direct competitors to those produced by the likes of BYD, which score higher in complexity and performance. But they, of course, cost much more. 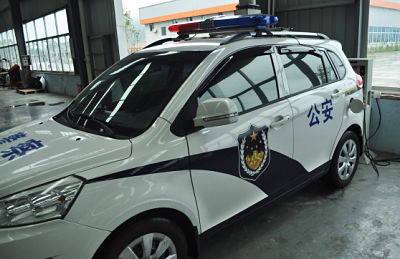 At Core Power factory: A police car getting an electric charge. The car is part of a fleet assembled and sold by Core Power.Besides selling fully-fitted cars, Core Power also produces cars without batteries for third parties as well as OEM for customers.

Core Power has a headstart by being allowed by the authorities to sell its light electric vehicles with licence plates (green) in Fujian province.

It will solidify its leadership position by growing its distributor network,  help distributors sell cars, and launch a new car model in August 2017.

Aside from the domestic market, Core Power is looking for distributors overseas for  its CKD (completely knocked down) and SKD (semi-knocked down) formats. The target markets: Central Asia and South Asia (ie, India and Bangladesh).

+1 #3 chanteik 2017-06-28 10:07
Hello Seah, Core Power looked far more attractive (than the prospect of a greenfield project under Green Galaxy) as it had a vast piece of land, a manufacturing set-up, and tie-ups with university research folks. And its funding was already in place. backed by a wealthy entrepreneur.

Given its 15% stake, Miyoshi's role in CP is probably more of a supportive one at this time, rather than day-to-day operations.

Hi Mr Leong,
Thank you for the great write-up on Miyoshi. This give a great insight about the company future business. May I know why Miyoshi had disposed Green Galaxy? Isn't Green Galaxy and Core-power embarking on the same agenda? What role is Miyoshi playing in this JV with Core-Power?

Look forward to your reply.

Loss making lah last time so sell off loh to limit losses. They also had to sell off stake in Giken Sakata last time to stay afloat.

better to focus on core biz. This EV factory looks so funny, I slap my head when i see the lady assembling the car in the cover pic. Wah piang where is the automation?
Quote
0 #1 Seah Youyu 2017-06-26 20:18
Hi Mr Leong,
Thank you for the great write-up on Miyoshi. This give a great insight about the company future business. May I know why Miyoshi had disposed Green Galaxy? Isn't Green Galaxy and Core-power embarking on the same agenda? What role is Miyoshi playing in this JV with Core-Power?

Look forward to your reply.

We have 573 guests and no members online