Core Power's cars produced for BAIC are expected to retail at RMB50,000-60,000 after generous government subsidies. 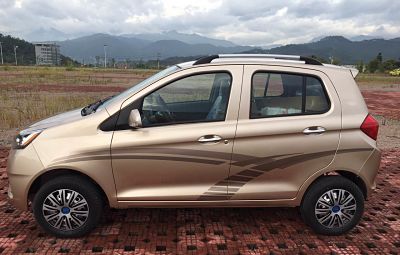 The BAIC Ideal electric car to be produced by Core Power: Safety is enhanced with the installation of rear safety belts, airbags, front and rear bumper reinforcement bars, side impact protection beams, among other measures.Production will start in mid-October 2018 after upgrades to its production facilities, including spray-painting and oven systems, fixtures for welding lines, robots and automation.

The total cost of the upgrades is estimated at S$7.5 million, said Miyoshi CFO Mark Khoo.


Between Oct and Dec this year, about 2,000 cars are expected to be produced, and are likely to take priority over Core Power's own self-branded electric cars (using lead acid batteries) which began production in 2017.

On what is probably a stronger business outlook, CEO Andrew Sin has been buying his company stock.


Meanwhile, Miyoshi is faring well in another area: corporate governance and transparency.

In the Singapore Governance and Transparency Index 2018, it climbed again in the ranks -- to No.46 out of 589 listed companies.

We have 1749 guests and no members online