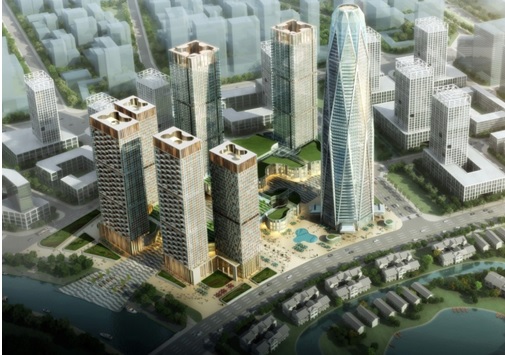 ♦ High-average return/low-average risk. Ying Li International Real Estate Ltd’s customer advances from pre-sale activities (hidden in the balance sheet) rose by 227% during 1Q16 to RMB446.3m as of 31 March, suggesting that 1Q16 revenue of RMB91.3m is not reflective of full year performance. Our revised model values Ying Li at S$0.415 per share. However, we classify Ying Li as “high-average” return, as opposed to “high” return.

♦ However, low downside makes for worthwhile investment. The impending catalyst arising from the handover of units at the Ying Li International Hardware and Electrical Centre, coupled with strong demand at 15.1% owned Beijing Tongzhou, will likely limit share price downside in the near term.

Moreover, Ying Li has turned cash flow positive, with net operating cash flow of RMB109.8m, following the buyer advances in 1Q16. On balance, the worst would appear to be almost over for Ying Li whose PATMI fell by 48.6% in 2015 after the completion of a large project in 2014.

♦ Improved market conditions to help sales process. Residential property prices in Chongqing have risen by 2.2% over January-April 2016, implying steady demand for existing project San Ya Wan Phase 2. Sub-Phase A has been substantially handed over, while Sub-Phase B has been 73.8% presold, leaving sub-phases C and D to be sold over the next one year, thus progressively freeing up Ying Li’s capital.

♦ Risks mainly from external factors. We are mindful of weakness in Chongqing’s office and retail property sectors. However, we can expect rental rates to approach that of other top cities in the PRC in the long run, with sustained investments into Chongqing. Currently, Chongqing’s Grade A office rental rates are about 39% of Shenzhen’s and 26% of Beijing’s. In the near term, Ying Li is repositioning its retail malls to improve their appeal to target consumers, to raise rental income.

We have 896 guests and no members online