On 30 Dec 14, the merger of CSR and CNR to form a single entity – CRRC -- was announced, through a share-swap where each CNR share will be exchanged for 1.1 CSR share. 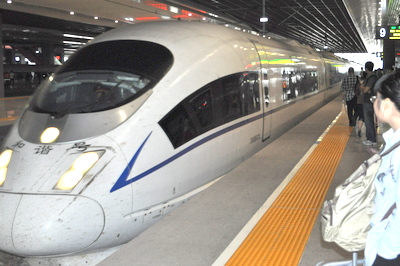 High-speed train plying between Hangzhou and Shanghai. NextInsight file photo. The key rationale is to increase their competitiveness in the global railway market while eliminating bidding competition between them.

At first glance, the merger looks positive for Midas, but we think it is still too early to determine how CRRC may allocate contracts to their existing suppliers.

As we continue to expect muted earnings in the upcoming few quarters, we retain our current assumptions. Hence, based on 0.6x target blended FY15F P/B, our FV estimate remains unchanged at S$0.30 for now. Maintain HOLD.

Previous story: MIDAS: How will it be affected by proposed merger of China CNR and CSR Corp?

We have 928 guests and no members online