Alan Wang has emerged as Memstar's substantial shareholder after its stock price ran up almost 50% in 3 weeks. Chart: Bloomberg

ASDEW ACQUISITION founder Alan Wang has emerged as a substantial shareholder in Memstar Technology with a 5.3% stake after he paid more than a million dollars for Memstar shares this week.

On 6 Jan, he acquired 11.888 million Memstar shares (0.4476% of the issued capital) at about 10 cents each from the open market, bumping up his interest over the 5% threshold that makes shareholding disclosure mandatory.

Memstar’s stock price has rocketed 47% over the past 3 weeks, hitting a high of 11 cents on 6 Jan, the day when Mr Wang made his latest transaction.

Memstar is currently in a supplemental agreement with SGX listed United Envirotech (UEL), which will see UEL acquiring Memstar’s businesses and assets for S$293.4 million.

The acquisition will make the combined entity a vertically integrated water solutions provider with enhanced competitiveness, leveraging on both Memstar’s proprietary membrane technologies and UEL’s strong engineering and marketing capabilities.

Post acquisition, Memstar will become a shell company, with cash and shares in UEL as its key assets.

Memstar’s recent price surge could partly be due to investors betting on it becoming a RTO candidate like Hankore Environment Tech, whose stock price surged over 50% in 2 weeks after it announced a RTO deal with China Everbright on 30 December.

Mr Wang currently holds 10.28% in Hankore, according to Bloomberg. 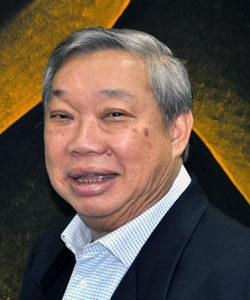 STAMFORD TYRES President Wee Kok Wah has acquired 2 million of his company’s shares (0.8489%) at 45 cents each in a married deal.

The transaction was made on 6 Jan at a premium of 7% to the market price of 41 cents that day.

Stamford Tyres has been trading at 42 cents or less since 30 May last year, but jumped to 43.5 cents on 7 Jan, one day after the married deal was completed.

Mr Wee has accumulated his company’s shares frequently over the years, which is a vote of confidence in its intrinsic value.

With the latest acquisition, he now has a total interest of 38.7% in the company.