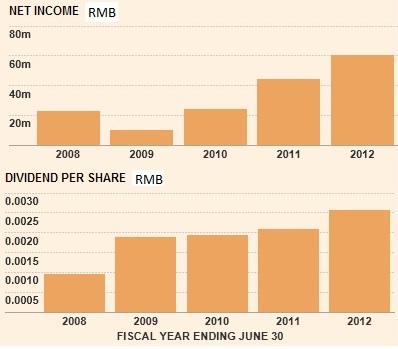 MEMSTAR TECHNOLOGY's run of strong profit growth in recent years has continued into 2Q ended 31 Dec 2012 with a 29.2% year-on-year rise in profit.

Memstar is a leading manufacturer and supplier of polyvinylidene fluoride (“PVDF”) hollow fibre membrane and systems.

It is also one of the few manufacturers of high performance PVDF hollow fibre membranes worldwide.

Is it a S-chip? It is headquartered in Singapore, has achieved Singapore branding and has just moved to larger premises for R&D and manufacturing for OEMs.

Its chairman and CEO are China-born but they have acquired Singapore citizenship and Singapore permanent residence, respectively.

Memstar derives substantial revenue from customers in China, where it is benefitting from an increase in demand for new water treatment plants, especially from developing municipalities as population grows.

That brings its 1H13 net profit attributable to shareholders to RMB38.3 million, which is 34% higher y-o-y, and puts it on track to hit another record high for the full year.

A key factor to its success lies in its membrane technology and an ability to offer high quality for lower pricing vis-a-vis its competitors in Europe and Japan.

Memstar's stock price rose 56% last year and, at 8.9 cents recently, sported a trailing PE of 18.5x, according to FT.com

The market cap is S$239 million and the historical dividend yield is, well, a token 0.56%.

This was done via a S$35 million purchase (mainly in cash and some United Envirotech shares) at 10 Singapore cents per share of Memstar shares held by the executive chairman, Ms Pan Shuhong, and CEO, Dr Ge Hailin. (For details, see announcement) 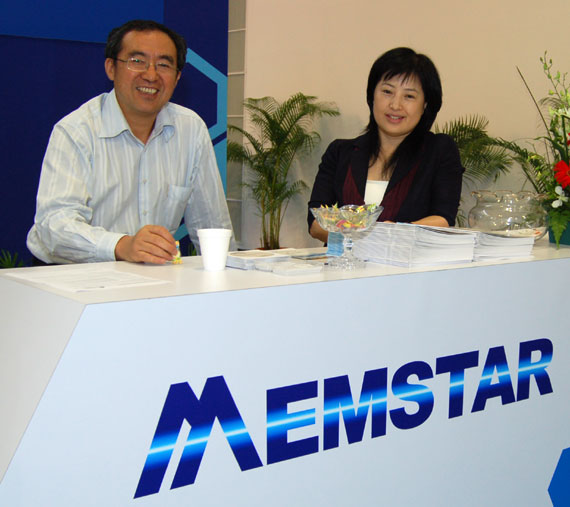 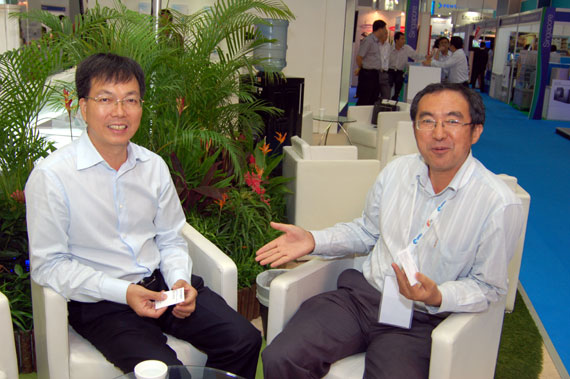 Meanwhile, United Envirotech too is enjoying a nice ride on the water industry in China.

This is already more than double the S$10.5 million profit of full year FY2012.

The increase in revenue is attributed to a 202.8% rise in engineering revenue to S$43.0 million and a 57.6% rise in treatment revenue to S$9.3 million in the quarter.

The latter reflects its strategic move to focus on recurring income instead of lumpy revenue from EPC (engineering, procurement and construction) and on a shift from BOT (build-operate-transfer) projects to TOT (transfer-operate-transfer).

In addition, United Envirotech's strategy is to win more business, and higher profits, from treating industrial water instead of municipal water.

United Envirotech isn't quite an S-chip either for the same reasons as for Memstar: It's headquartered in Singapore, and its chairman, Dr Lin Yucheng, is China-born and has become a Singapore citizen.

We have 488 guests and no members online