China Shares To Watch Amid Tensions

CHINA'S TENSIONS with its neighbors are heating up again. 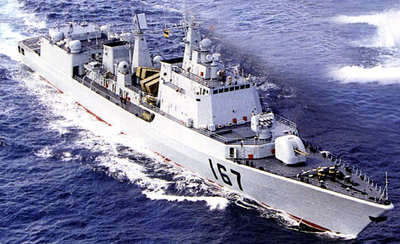 In September, state-backed A-share firm China Shipbuilding Industry announced a goal of raising as much as 1.4 billion usd via private share sale to fund the manufacturing of warships, the first time China is tapping capital markets to bankroll its military expansion.
Photo: CSICIn fact, some military affairs experts are pointing to 2014 as being more of the same, with tense ties to continue between the PRC and especially Tokyo, Hanoi, New Delhi, Manila and even Seoul.

Add to these the fact that China’s not yet year-old central government is intent on modernizing and strengthening the country’s defense establishment which of course translates into the need for more planes, ships, tanks, etc...

On the whole, 2014 will likely see strong demand for naval, land and air-based weaponry – both offensive and defensive – as well as the vast swathe of communication and navigation equipment needed to coordinate all branches of the military.

All of these signals – implied or overt – mean tremendous opportunities for listed firms with military-related contracts.

China’s military expenditure rose year-on-year, but stayed stable at around 2.0% of its GDP.

Therefore, because tanks and planes don’t grow on trees, here are some of the A-share firms that are likely to get a boost from Beijing’s bickering with its neighbors in the coming year. 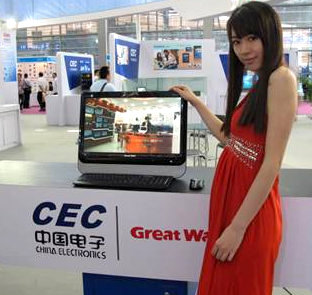 Its systems are increasingly in favor with China’s military contractors who appreciate the domestic-market focus of the IT firm.

The PRC’s growing assertiveness in the Pacific means firms like China Shipbuilding will be called on to retrofit and repair a growing flotilla of naval assets, such as China’s first carrier, which was recently launched and was adapted from a Ukrainian vessel.

In September, state-backed China Shipbuilding Industry announced a goal of raising as much as 1.4 billion usd via private share sale to purchase assets used for manufacturing warships, the first time China is tapping capital markets to bankroll its military expansion.

Jiangxi Hongdu Aviation Industry Co Ltd (SHA: 600316) helps provide the eyes and muscle in the air that China’s leadership feels it needs to keep watch over the country’s long coastline and offshore assets.

These five A-share firms are focused on air and sea equipment and navigation sectors, all of which Beijing’s leadership has been working hard to upgrade, and which is expected to continue on course in 2014.

CHINA SHARES: ROI Of 30x Possible, If You've Got The Time

We have 1091 guests and one member online