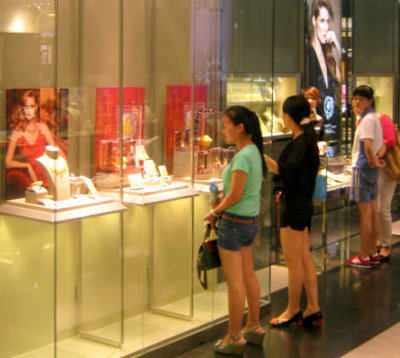 “We believe the share price will rise relative to the country index over the next 45 days as we expect strong 1H13 results and strong current sales momentum to drive share price performance,” Morgan Stanley said.

"We estimate that there is about a 70% to 80% or ‘very likely’ probability for the (share price rise) scenario,” Morgan Stanley added.

Morgan Stanley has an “Attractive” view on China’s watch and jewelry industry. 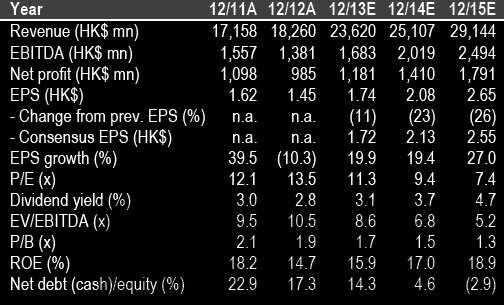 “We expect the gold rush since 2Q13 to drive robust jewelry sales growth of 41% y-o-y to 10.3 billion hkd in 1H13, with gross margin declining by 1.9 p.p. to 15.7% due to significant shift of sales mix towards lower-margin gold product and wholesale of precious metals.

Chow Sang Sang recently 21.35 hkdThe Swiss research house added that the rental cycle in Hong Kong seems to have peaked and the impact of the gold rush extended into July, which is positive for jewelers in Hong Kong.

“However, we remain cautious on the outlook in 2H13 when the impact of the gold rush moderates.

“We continue to like Chow Sang Sang the most in the sector, given its conservative cost control and moderate hedging level on gold price but similar exposure to the benefits from the gold rush.” 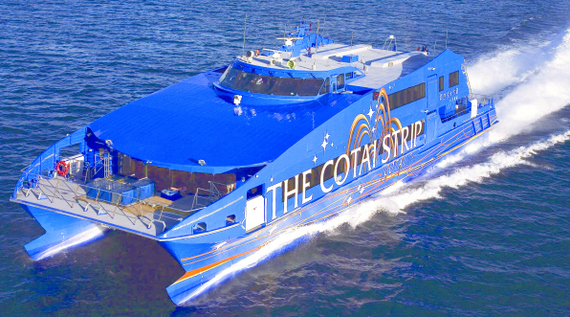 Chu Kong High-Speed Ferry tied up with Cotai Ferry in 2012 to shuttle passengers to and from gambling mecca Macau.    Photo: Chu Kong Shipping 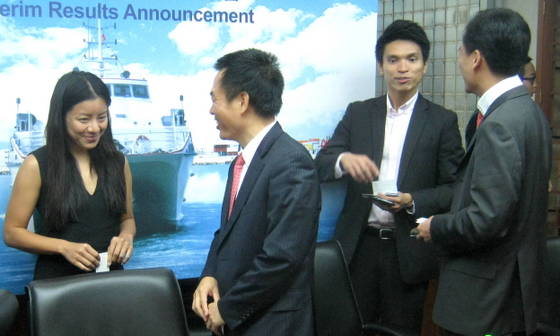 “CKS is a shipping company but is set apart from competitors by its asset-light business model and highly visible earnings growth in the years ahead. 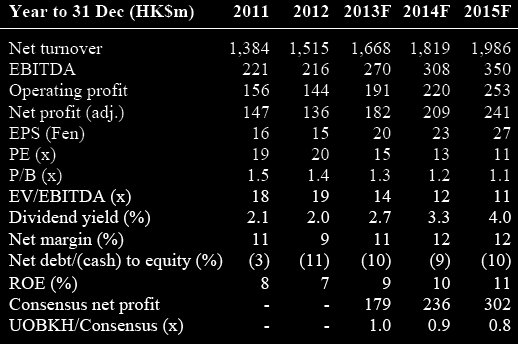 Focusing on the Pearl River Delta (PRD), CKS’s strong forwarding agency network in the PRD has given the company steady cargo volumes over the years and network expansion has been driving growth despite a slowdown in exports in the PRD since 2011.

CKS has a stake in 24 river terminals in the PRD and its throughput growth has been outpacing that of major port operators in the PRD such as China Merchants Intl and Hutchison Ports Hldgs.

CKS is the largest passenger carrier in the PRD with a presence in Guangdong Province, Macau and Hong Kong.

“Its passenger ferries in the PRD have been contributing steady margins and ticket price hikes are highly possible given less competition there.

“In the long run, Nansha Logistics Park is likely to be injected when it is fully developed,” UOBKH added.

We have 1143 guests and no members online