AmFraser Research analyst Sarah Wong noted that Sing Holdings is slated to launch Waterwoods EC (Punggol) in Sep 2013. She gave reasons for expecting that it would be a successful launch amid the current cooling of the property market sentiment. 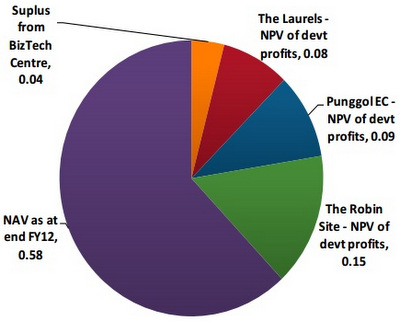 How AmFraser Research derives a RNAV of 93 cents a share for Sing Holdings. Analyst: Sarah Wong

· Buoyant EC market continues to enjoy strong supply-demand dynamics. The EC market has continued to be a buoyant one, with two new recent EC launches registering strong interest from applicants.

According to news reports, Ecopolitan, a 512-unit EC development located at Punggol Way/Punggol Walk, was 2 times oversubscribed at the close of application date 7 July 2013. Lush Acres, a 380-unit EC project located at Sengkang West Way/Fernvale Link, was 1.6 times oversubscribed since its launch on 13 July 2013. The indicative price ranges for both projects are S$750 to S$800psf. 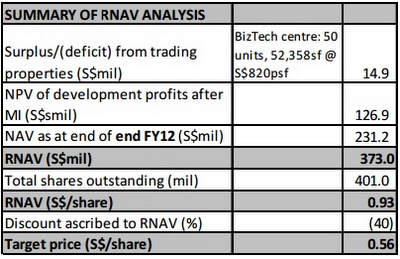 · Potential shortage in launches in the near-term, due to the new 15-month rule. In Round 7 of the cooling measures, MAS mandated that EC sites can only be launched for sale 15 months from the date of award or after completion of foundation works, whichever is earlier.

Based on feedback from developers, foundation works typically take 9 months to complete. This means that there could potentially be a short period of vacuum of EC launches, depending on the timing of sales launches of the remaining EC sites that have been tendered out. At the moment, there are 5 sites have yet to be launched, of which Sing Holdings’ Waterwoods site is the only one situated at Punggol. 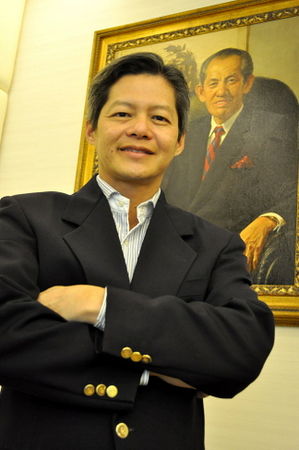 Lee Sze Hao, CEO of Sing Holdings, with a portrait of his father, the founder of the company. NextInsight file photo· Direct impact to Sing Holdings—potential to raise ASP of Waterwoods EC. Our current ASP estimates stand at S$750psf, which is on the low end of the indicative price ranges of Lush Acres and Ecopolitan EC (S$750 to S$800psf).

Given the above factors, we could potentially be underestimating the ASP. A simple sensitivity analysis suggests that should Waterwoods be priced at the higher end of the range, i.e. S$800psf, the NAV-accretion from the project could be increased to S$0.12 from the current S$0.093.

Our current estimates of S$0.093 NAV accretion forms 10% of our RNAV estimate. 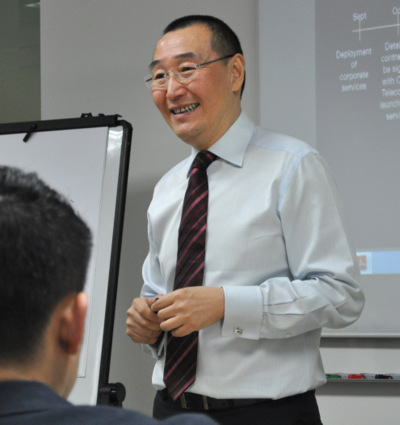 ICSMCG and CTS are the first and only joint-licensee to provide Thuraya’s L-band satellite mobile telecommunications services in China.

Leveraging on strengths of established partners

”CSMCG leverages on Thuraya's satellite infrastructure and does not incur exorbitant capex.

"Armarda’s peers in the satellite communications industry trade at an average historical PE of 18.9x."

We have 349 guests and no members online