Bocom International said it is reiterating its “Outperform” recommendation on Hong Kong-listed consumer sector stocks despite October retail sales growth coming in lower than expected at 4%.

Hong Kong retail sales growth eased considerably to 4% in October from 9.4% in September, and were lower than the consensus estimate of 6.7%.

For the January-October period, the average retail sales growth was 9.9%. 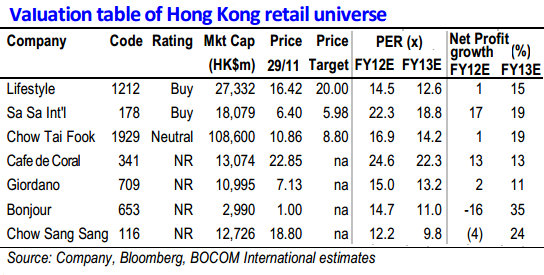 Golden Opportunity?  Jeweler Chow Sang Sang has some of the lowest P/Es in Bocom's Hong Kong-listed retail coverage universe this year and next

On the other hand, electronic goods showed a strong improvement (to 22% vs 7% in September).

“Apart from the sustained macroeconomic headwinds, we believe another key attributable factor for the slowing growth was the easing Chinese tourist arrivals in October due to the adverse impact of China’s Golden Week holiday,” Bocom said.

The research house added that while it expects November and December sales (the peak season of the year) to fare better as the Chinese tourist arrival growth normalizes, the continuing cautious consumer climate and the sustained high base last year (retail sales +17%/+17% in November/December 2011 vs +15% in October 11) will remain the key overhangs on sector improvement. 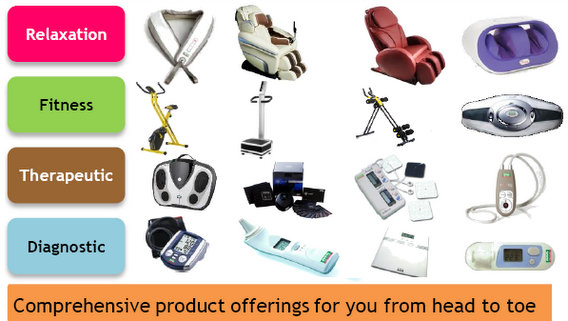 Despite a 363% revenue growth reported by the China market, segment profit grew only 21% on increasing operating costs. 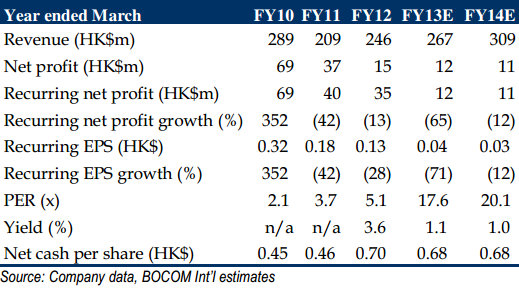 Although the research house is lowering FY13/14E EPS by 62/69%, it maintains its “Neutral” call and target price to reflect the share price support by the estimated 0.68 hkd net cash per share in FY13E.

While international sales and corporate sales recorded 12%/18% growth, Hong Kong retail revenue decreased by 12.5 million hkd on: (1) closure of mature stores (Harbour City, TST and Grand Century Place, Mongkok), the revenue loss of which could not be recovered by the new stores (Olympian City and East Point City, Tseung Kwan O); and (2) an estimated 2% SSS decline.

“Driven by the increase of stores from 11 to 47, China revenue rose from 5 million hkd to 21 million, but it was below our expectations due to a slower-than-expected expansion pace and sluggish consumer sentiment,” Bocom said.

“Management has concluded the tenancy agreements of another 11 new stores scheduled to open by FY13E,” Bocom said.

We have 930 guests and one member online