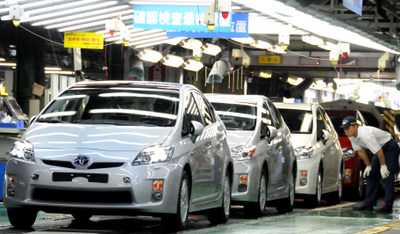 Emotional Toll: Toyota's exports to China are down sharply this year thanks to an ongoing territorial dispute. Will a free trade zone cool down tensions?  Photo: jama

Despite their simmering disputes, representatives from Beijing, Tokyo and Seoul were back at the negotiating table trying to hammer out a common market plan.

So which Chinese listed firms and sectors would benefit most from the proposed free trade zone?

As the experts see things, three sectors will be the biggest winners if the three neighbors ink a deal, and six big cap listcos in particular will truly be celebrating.

During the ongoing ASEAN Summit 2012 in Cambodia, finance ministers from the three nations sat down in “neutral” territory where no country that was party to the sideline summit could be accused of enjoying a homefield advantage.

As news of the talks was made known, some stocks saw heavy selling activity, including:

Conventional wisdom would suggest that the prospect of a new free trade zone which includes the world’s second and third largest economies – as well a very successful “Asian Dragon” in South Korea – would send port and shipping stocks surging. 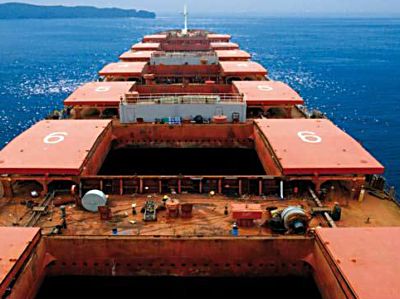 However, these three shares all fell after investors took stock of the potential for much more fierce competition from Japanese and Korean rivals to ink contracts in transporting the expected surge of wares back and forth across the waves – and on a newly-established level playing field.

Despite the negative reception shareholders of three above-mentioned Chinese listed firms showed upon news of the free trade zone talks getting underway, market experts are generally bullish on prospects for logistics plays.

If the zone is established, analysts say it will definitely help spur overall economic growth within the three signatory countries.

Furthermore, it will stimulate further development of a whole range of logistics and transportation sectors including dedicated logistics plays, port operators/shippers, overland transport industries as well as air cargo enterprises.

Some of the A-share listed firms expected to get a big boost from the proposed three-state free trade zone include:

If the ongoing talks are successful, it could lead to the formation of the world’s largest free trade zone in terms of potential consumers.

And with all three countries striving these past few years to “decouple” from a dangerous overreliance on the spending habits of US and European consumers, the new zone could be just the ticket.

We have 2221 guests and no members online