How Far Will China Shares Fall? 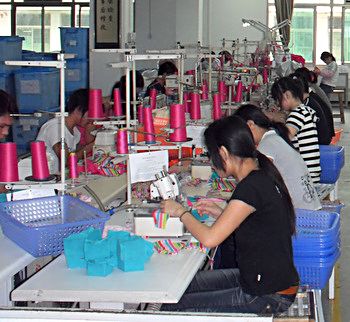 WHETHER YOU'RE a short sale expert, or thinking long, everyone would love to know two things for sure about share prices.

The first is how far the index will fall before a sustained recovery gains traction.

The other is how high a bull run might take the bourse.

A new low has appeared!

In other words, as far as struggling China shares are concerned this year, is it just today’s new low destined to be outdone by tomorrow’s new nadir?

How can we tell when the A-share markets have really bottomed out and the buying can begin again in earnest?

On Tuesday, the benchmark Shanghai Composite Index – the chief tracker of A- and B-shares listed in Shanghai and Shenzhen – slumped to 1,995 points in intraday trade – the lowest level since early 2009.

In other words, share prices haven’t been this depressed since the global financial meltdown in 2008 which saw several countries flirting with a Depression of their own.

Therefore, it is likely we are currently approaching the virtual bottom of the market.

However, there is an ample supply of voices out there saying that even a prolonged sub-2,000 Index does not necessarily provide proper support for the beginning of a sustained recovery.

They point to a recurring phenomenon in which new “lows” are breached on a nearly daily basis, and despite a discernible influx of funds to build from a new “bottom,” the pattern keeps repeating itself over and over.

Therefore, it’s a Boy who Cried Wolf-like scenario playing itself out on the grand stage that is the Shanghai and Shenzhen stock exchanges.

Every day, investors shout out that the bottom has finally arrived.

And nearly every day, the same show – like a Broadway hit that changes actors but not lines – plays again and again.

Of course there is no such thing as perpetual motion, and the more and more new “lows” we witness, the more likely that each will be “the One.”

Will sub-2,000 territory be the real market bottom?

But with each passing day, despite the statistical possibility of a comeback becoming more and more likely, the recurring disappointments have no doubt driven the doubters and doomsayers adrift.

Another byproduct of the failure to settle at an agreed-upon bottom is a growing unease and anxiety among investors.

And when nerves are frayed on a day in and day out basis, that is when rash decisions are made – like pulling up stakes completely, or betting on a dark horse on emotion rather than research.

In such a tense atmosphere, it’s difficult for even the major players to drum up any confidence that can sustain momentum for long, let alone successive sessions.

What is sorely lacking and at a major premium right now is confidence.

There is, however, a scent of hope in the air.

November is typically one of the slowest months of the calendar.

Third quarter reports are traditionally the least anticipated of the year, and now that they are all out, there is nothing to look forward to but a slow pre-Christmas/New Years’ wind-down in activity and a gradual exodus of executives to domestic resorts and distant shores for annual leaves.

Therefore, in the current sentiment rut with sluggish daily turnover and a succession of new “lows,” the bolder of the shareholding body is quite likely to jump at even the slightest whiff of good news.

It only takes a single spark to ignite a wildfire.

And the currently parched A-share landscape is long overdue for a cleansing conflagration.

We have 2087 guests and no members online