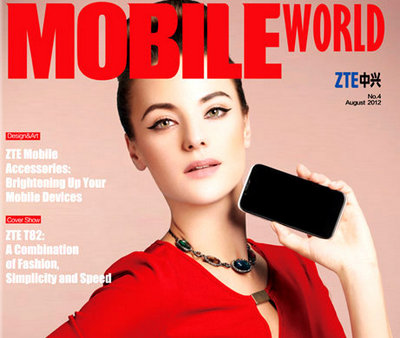 I Spy? Shenzhen-based and HK-listed ZTE was deemed by the US Congress to be a national security threat.  Photo: Company

WITH THE weeklong PRC market holiday now history, it’s time to look at its cousin bourse in Hong Kong.

Will the Hang Seng Index finish the Year of the Dragon with a roar?

Here’s how things stack up at last count.

China’s Shanghai Composite is down around 10.4% from a year earlier, and nearly 4% lower from the start of 2012.

The country’s benchmark index was also the world’s worst performer in the first nine months.

However, both bourses have been battered over the summer, giving up nearly all of their gains achieved this spring.

Hong Kong’s market saw bargain hunters ruling the roost late last week as the territory’s bourse was open for half the week while markets in Shanghai and Shenzhen were shuttered for the entire week to commemorate both National Day and Mid Autumn Festival.

With most anticipating A-shares to follow their peers across the de facto border in Hong Kong upward as the trading week resumed, Monday instead began weak with the Shanghai Composite Index giving up another half percentage point amid lackluster turnover.

The limp performance in China put a damper on Hong Kong shares, weighing on sentiment across the region’s markets.

Coupled with a fresh but depressing World Bank report forecasting slower-than-anticipated global growth – including in the PRC – it was a foregone conclusion that Hong Kong shares would drift southward.

Adding insult to injury, the International Monetary Fund (IMF) lowered its global economic growth forecasts, with commodity prices taking a plunge as the first obvious casualty of the downward revision.

The “Golden Week Effect” was decidedly a disappointment, as shareholders in Hong Kong stocked up on hotel/retail plays in anticipation of a wave of Mainland Chinese shoppers and holidaymakers to the Special Administrative Region.

Also, the US Congressional report over the weekend warning of the national security threats to doing business with China telecom infrastructure giants ZTE (SZA: 000063; HK: 763) and industry peer Huawei put a huge damper on their prospects in the world’s biggest market.

The announcement caused IT and telecom-related plays in China and Hong Kong to fall precipitously.

The pattern for Hong Kong-listed shares should be clear by now.

Much of the sentiment is reacting to seasonal fluctuations as well as industry news and trends.

What the Hong Kong market needs is a sustained boost of confidence from solid fundamentals within listed firms themselves.

As Hong Kong-listed enterprises are not required to release quarterly earnings statements, many will be looking to Shanghai and Shenzhen to see how third quarters and January-September performances stack up.

With over half of A-share listed firms guiding for improved earnings this past quarter, this might be the spark that Hong Kong has long yearned for.

We have 613 guests and no members online