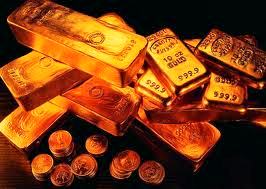 Bocom said it is staying “positive” on listed PRC gold plays and maintains its “Outperform” call on the sector due to low valuations.

“The recent gold price retreat was a periodic correction and we see a long-term driving force still in sight. We believe that gold prices could enjoy further upside potential after periodic corrections and we maintain our rating on the sector as several long-term catalysts will remain in sight in 2012/13,” the research house said.

These catalysts include a change in global policy relaxation yet to come, and when money becomes cheaper, assets like gold become more expensive.

“It is expected that the global economy will still undergo structural adjustments in 2012/13. Global monetary easing will persist before the completion of adjustment and the emergence of new economic growth drivers.

"We believe that the EU is unlikely to sell gold to repay its debts. On the contrary, the EU countries will firmly control the gold reserves given a higher risk of the emergence of debt crisis and EU disintegration," Bocom said.

“China’s central bank may increase its holdings via a low profile. The capital controls and high savings rates in China and India will continue to stimulate investment demand for gold.”

“Gold production is expected to grow further in 2012. We are bullish on the upstream gold producers with a greater mix in gold, among which are China Gold Int’l and Zhaojin.”

Bocom said it is keeping its “Outperform” rating on Hong Kong’s property industry.

“The sector is trading at a 42% 2012 NAV discount, below the historical average of 20%. We maintain our ‘Outperform’ and expect the upcoming new launches will regain investors’ confidence towards the sector.”

“The prices are in line with our forecasts and about the middle of the range of street estimates. The Repulse Bay site was sold at the second-highest price in terms of AV, following HK$42,200/sq ft of SHKP’s Mount Kellett site in 2006.”

Both sites have low plot ratio (0.4x-0.9x) and will be developed into 3-4 storey villas. The two projects drew a total of 23 bids from a wide range of major and small/medium developers, indicating developers’ keen interest towards luxury/urban sites.

“As for Tai Cheung, we believe the company remains positive towards the luxury segment, and is rebuilding its position in luxury residential, following the sales of its Cape Road and Plunkett’s Road projects,” Bocom added.

The research house said it estimates the two projects will fetch an ASP of HK$48k/sq ft and HK$8.5k/sq ft, in line with nearby projects, and yield reasonable profit at 31%-33% margins and 18%-23% ROE, respectively.

“There will be another four tenders closing this month, plus the ex-North Point estate site in July. We expect this will continue to provide NAV enhancement opportunities for developers, as the government is also keen to increase land supply.”

We have 618 guests and no members online