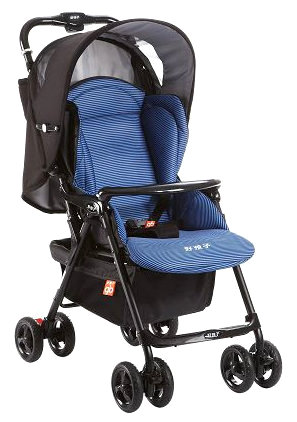 This compares favorably with the Hang Seng Index which has recovered to positive territory with a 2.03% return over the same period, generating an outperformance of 1855 bps for Bocom’s basket.

“Added to our Top 10 list is Goodbaby, a market leader in strollers and children’s car seats.

“Given the favorable demographic patterns, potential policies to loosen the one-child limitation and mandate the use of children’s car seats, coupled with company-specific drivers to improve sales mix and pursue accretive acquisitions, we think the stock has yet to factor in these positives.” 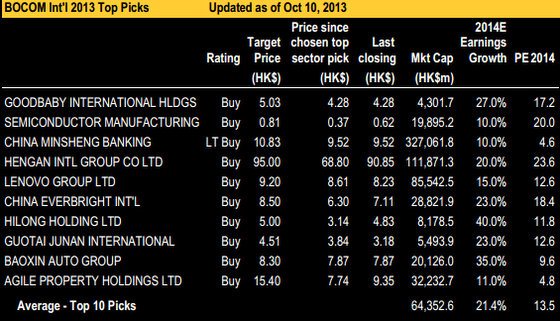 Goodbaby is to replace Intime (HK: 1833), having generated a positive return following its positive earnings surprise.

“Ahead of the September economic data releases, we switch out of Sanjiang (HK: 2198) into Minsheng Bank (HK: 1988) which we expect to further its strengths in intermediary and small/micro businesses against a stabilized macroeconomic backdrop, followed by its recent formation of a strategic cooperation with Alibaba.

Bocom said it is also adding Baoxin, a luxury automobile dealership in China, on anticipation of better pricing trends, more store openings in 2H13, and margin expansion resulting from a) accelerating growth of after-sales services and b) improved operating efficiency as it continues to consolidate operations.

“However, it is poised to resume an upward trend after the recent consolidation and it is heading north as it jumps over the 10-day moving average,” Hani said.

We have 617 guests and 2 members online