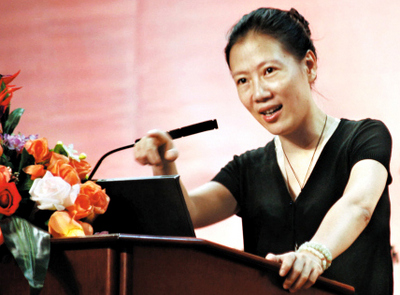 EVER SINCE Mainland China opened up to the outside world three decades ago, the three pillars of its economic growth were more or less set down in stone.

First, the country needed foreign investment to get the ball rolling, develop a modern industrial infrastructure and accumulate capital.

Eventually, with year after year of strong GDP growth, investment sourced from within Mainland China itself contributed more and more to the whole.

Second, the country relied very heavily on strong demand from overseas to absorb its massive output, without which China could simply not have climbed all the way up to the No.2 GDP global ranking it currently occupies.

And third, as with the growing importance of investment by Chinese themselves, the domestic marketplace has been stressed these past few years as a viable alternative to slumping external demand, a necessity exacerbated ever since the financial crash of 2008.

But it is clear that all three of these pillars are starting to show cracks, and therefore it is very unlikely that the country can avoid anything other than a hard economic landing down the road.

Let’s take consumption to begin with.

Since the government began touting the importance of tapping the country’s 1.3 billion consumers to ensure continued economic growth, there hasn’t been the take-off that economic planners and regulators were hoping for.

Therefore, purchasing volume by Mainland Chinese needed to not just grow at existing rates, but in fact much faster if the overall PRC economic juggernaut with near double-digit annual GDP growth figures was to be maintained.

But this has clearly not transpired. 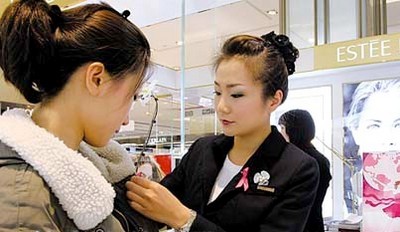 Domestic consumption has expanded, but not nearly at the rate it needs to if the age-old dependency on exports is to be remedied. Photo: mhrzp.cn

Domestic consumption has expanded, but not nearly at the rate it needs to if the age-old dependency on exports is to be remedied.

As for exports, the picture is even more bleak.

In February, China posted its largest trade deficit in 23 years... hardly the type of performance needed to keep the GDP annual increase on par with recent years.

Yes there was some seasonality to blame, including the timing of the Lunar New Year holiday this year and the dynamics of petroleum prices and purchases.

But fundamentally, the budgetary crisis in the US and the debt troubles plaguing most of Europe translated into an outside world in a far weaker position to soak up China’s excess industrial output.

And with weak demand abroad and financial troubles affecting major global players, there also wasn’t much of an appetite for expanded investment in Mainland China’s export-reliant industries and enterprises.

For those following the market for a living, February’s “surprise” on the trade front should not have come as much of a surprise at all.

In fact, downward trends were in place from the second half of last year that made the month’s current account results a near inevitability.

And unless something is done to encourage more investment in key areas, then more of the same can be expected on the GDP and export softening sides.

As for the stock markets, a lot of investors mistakenly believe that the sheer volume of funds moving within the market is the most important factor in determining share prices.

However, even more important as contributing factors are both the bottom lines of listed firms as well as the returns they provide to their shareholders.

And given the slimming down of margins we’ve seen in the annual reports out to date, there isn’t much on the horizon that augurs well for any sustained bull run in China’s capital markets this year.

KINGS OF THE HILL: 12 Banks Produce Over Half Of All Listcos’ Profit

We have 586 guests and 5 members online