KINGS OF THE HILL: 12 Banks Produce Over Half Of All Listcos’ Profit 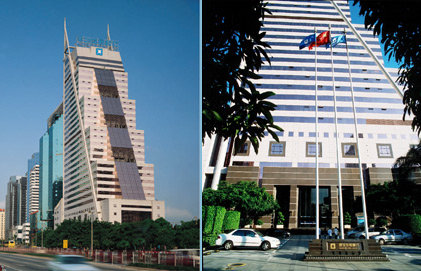 And apparently nowhere moreso than on China's stock exchanges.

Of the 1,336 PRC-listed firms reporting their 2011 annual results to date, a shocking figure comes to light – just a dozen of these listcos, all of them banks, account for over a half of the total reported bottom lines for 2011.

How did they manage this?

First let’s give some scale to the story.

The total combined net profit of the 1,336 PRC-listed companies already releasing their full year earnings comes to 1.64 trillion yuan, up 13% from 2010 levels.

Of this total, just 12 listed lenders reported a combined bottom line growth of 29% to 842 billion yuan.

However, when looking at the net profit growth rate of non-bank related listed firms overall, we see a much more revealing picture, as the year-on-year increase in 2011 is virtually non-existent, and in fact dropped by around one billion yuan to just over 800 billion yuan.

Among the 12 highlighted lenders, Bank of China Ltd was the weakest, but still managed to raise its 2011 net profit by nearly 19%. Photo: BOC

Another way of looking at these rather startling findings is that just 0.89% of the 1,336 firms already reporting results are from the banking sector, yet these 12 lenders alone are responsible for 51.3% of the bottom line combined total for all listcos last year.

Of these 12 standout banks, the worst performing of the pack still would be the envy of the non-banking sector.

In fact, of the dozen banks highlighted, seven reported 2011 net profit increases of over 30%.

For the entire banking sector, we need to look to the industry regulator – the China Banking Regulatory Commission (CBRC) – which said that in 2011, the combined net profit of all PRC-listed lenders reporting earnings to date stood at 1.04 trillion yuan, up 36.3% year-on-year.

Meanwhile, the country’s total 2011 GDP grew to 47.16 trillion yuan, up from 40.15 trillion the year prior, adding some seven trillion yuan in output over the 12-month period.

Of this, the banking sector contributed 14.9% to the total in China.

An authoritative industry source helped to explain why the country’s banks were playing such a seemingly disproportionately large role in the country’s economic growth.

“The assets of listed banks grew at a healthier and more robust pace than the overall banking sector last year primarily due to a higher quality of assets. The loan and asset quality of listed lenders has clearly outshone that of their non-listed banking peers.

"Thus it becomes clear why banks listed in Mainland China have shown such vibrant bottom line performance last year, and this is especially true for the country’s so-called ‘Big Five’,” the source said.

Back in 2009, a breakout year for loan growth across the sector for every quality of lending activity, the CBRC got a bit nervous and put its foot down, requiring the “Big Five” to raise their bad loan coverage ratio by the end of that year.

Judging by the take home pay of the 12 super-performing banks last year, they were apparently listening to the advice from above at the time.

We have 1536 guests and no members online