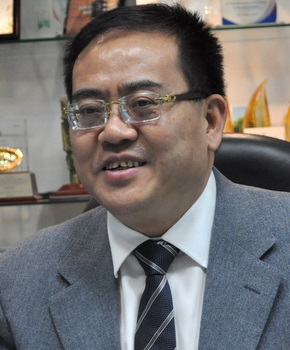 Satellite communications is the stuff that covert military and espionage intelligence is made of, but Armarda will the first player making this technology commercially available in China’s huge mobile phone market, according to Jimmy Zhang, CEO of China Mobile Satellite Communications. Photo by Leong Chan Teik

MOBILE NETWORK service solutions providers all over the world are eyeing China’s huge mobile phone market.  The exciting thing for Catalist-listed Armarda is: It has a foot in this coveted industry.

“We plan to launch our satellite phone service next year through China Telecom,” said Mr Jimmy Zhang, CEO of China Mobile Satellite Communications, during an interview with NextInsight when he was in Singapore this week with Armarda CEO Terence Luk.

China’s telecommunications industry is dominated by the three state-run telecos - China Telecom, China Unicom and China Mobile - and none of them offers satellite phone services as yet.

China Telecom is seeking a first-mover advantage via its partnership with China Mobile Satellite Communications, which is offering the service through its tie-up with United Arab Emirates satellite phone service provider, Thuraya.

This afternoon (Dec 21), Armarda shareholders will vote on a resolution to acquire for S$69 million (HK$409.5 million) a 45% stake in China Mobile Satellite Communications, the holding company of the relevant licences to provide Thuraya’s satellite phone service in China and Hong Kong.

The resolutions include an option for Armarda to acquire the remaining 55%. 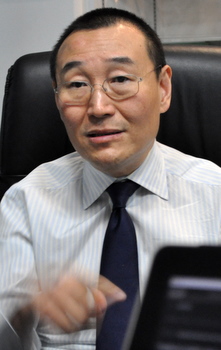 In simple terms, each cell is served by at least one fixed-location base station’s transceiver that connects individual mobile phone end-users within a radius of several kilometers via a public switch telephony network.

Satellite phones don't use many base stations

A satellite phone (satphone) network does away with the need for base stations, and connects end-users of satphones directly to a satellite’s transceiver in orbit in outer space.

Satellite phones are mainly used by government bodies, aid agencies, media outlets and businesses with operations in remote regions or where there is no reliable terrestrial network.

These include operators of offshore oilrigs, ocean vessels and trawlers, or mines found in deserts. 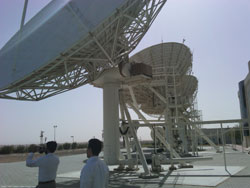 As an illustration of China’s market potential, Mr Zhang pointed to China’s 12th 5-year plan that provided for the set up of crisis alarm centers in the aftermath of Sichuan earthquake.

Drawing from the destruction of base stations and consequential breakdown in cellular network service during earthquakes, crisis alarm centers will need to be equipped with satellite phone services.

A study by AC Nielsen estimates the market for dual mode statellite phones in two to three years would amount to 1.3 million-3.8 million units. Of this, Armarda is targeting 300,000 satellite phone service subscribers.

The launch of this service will happen after the construction of a physical gateway in Beijing that will connect Armarda’s satphone service users to Thuraya’s satellite in orbit.

“China’s market potential is huge. Even a FTSE 250 Index company like Inmarsat has only 300,000 satellite phone customers,” concluded Mr Zhang.

We have 892 guests and one member online