Pacific Shipping Trust, which acquired vessels and chartered them to reputable operators on either a time or bareboat charter, was the very first business trust to list in Singapore.

The exit offer is for US$0.43 per Unit in cash, representing:

* A price which exceeds the highest transacted price of the Units in the last three years preceding last night’s announcement;

* Premium of 15% over the last transacted price yesterday;

* Premia of 19%, 21% and 21% over the volume weighted average price of the Units during the one-month, three-month and six-month periods preceding last night’s announcement.

The delisting will allow PIL and PST, as a non-listed entity, greater operational flexibility to pursue opportunities and make investment decisions without being constrained by market-based yield expectations, market sentiment and price volatility.

Previously, it bought back 2 million and 1 million shares, respectively, starting at $0.89.

The stock fell 5 cents yesterday to close at 77 cents.

AmFraser Securities analyst Lee Yue Jer wrote yesterday: "Given that we still expect YZJ to deliver record RMB4b profits this year and to maintain its historical 30% payout, our fair value remains unchanged at $1.60. We recommend averaging down the price of a solidly-performing company." 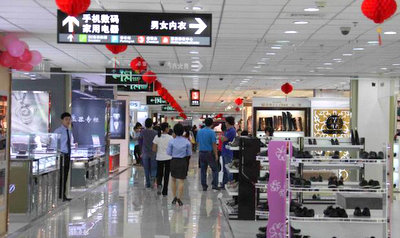 Zhongmin Baihui Retail Group Ltd., whose stock has soared from 30 cents at IPO in January this year to $1.35 recently, has launched the Group’s new department store on Jiahe Road in Huli District, Xiamen City on 1 October 2011.

This is the Group’s eighth store in Fujian Province, where it already operates one of the largest underground retail malls in Fujian.


Look out for our article and photos, in the next few days, from an interview with Zhongmin chairman, CFO and executive director, who are all Singaporeans.

We have 232 guests and no members online