SINOPIPE HOLDINGS is that rare S-chip which enjoys persistent buying by a fund manager while Cheung Woh Technologies made its biggest share buyback yesterday. Meanwhile, Osim Intenational has turned on its most aggressive share buyback programme this month.

Sinopipe Holdings is that rare S-chip which enjoys regular buying by an external party – a fund manager, Triumpus Capital, in this case.

As a result, the stock price has held steady through the market’s tumultuous past few months.

Little is known about Triumpus except that it is managed by Dr Pu Weidong, who once was an investment analyst with UOB Kay Hian in Singapore.

In 2006, he joined Sinomem Technology as Vice President for Corporate Planning, Strategic Investment and Investor Relations, and resigned in 2009.

What he sees in Sinopipe is not entirely evident as the financial performance has not exactly been sterling.

For HY2011, revenue grew 13.9% to RMB 430.0 million. The growth was mainly attributable to an increase in revenue for the drainage, sewerage, telecommunication and electrical operating segments under the plastic pipe business.

However, it is sharply undervalued on a financial metric. Compared to its recent stock price of about 18 Singapore cents, its net asset value per share as at 30 June 2011 stood at 264.34 RMB cents. 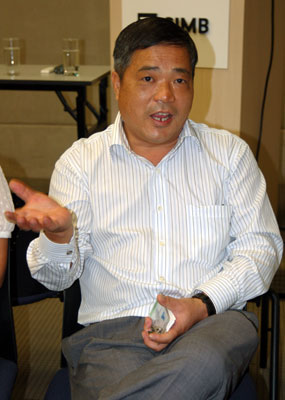 Cheung Woh Technologies started buying back its shares only this month, and yesterday (Sept 26) it scooped up the most: 1,082,000 shares. That brings the total to 1,978,000 shares.

The company started buying back shares on Sept 9, the day after it announced that a major customer, Solyndra LLC, had filed for bankruptcy in the U.S.

As at 31 August 2011, a wholly-owned subsidiary of Cheung Woh has trade receivables from Solyndra of S$832,000, undelivered inventories of S$403,000 and machineries specialised for Solyndra’s products demand with net book value of S$459,000.

Cheung Woh said it intended to record contingent losses of approximately S$1.7 million as a result of this event in the Company’s second quarter results announcement for the period ended 31 August 2011.

Despite the above, the Group expects to remain profitable in the second quarter. 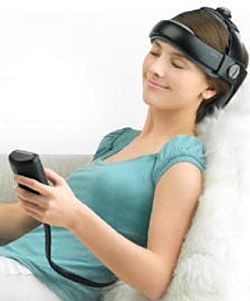 Osim International has been one of the most aggressive buyers of stock in the recent market fall, with a total of 3.981 million shares bought during this month alone.

The cost came up to some $4 million.

This buying spree has come about after a long break: It last engaged in share buybacks in Nov 2010.

Like many other counters felled by the market turbulence in recent months, the stock now trades close to its 52-week range of $1.10-$1.74.

Osim has now achieved positive growth in sales and profitability for 10 consecutive quarters.

0 #3 makanU 2011-09-28 06:53
sorry i mean business moats
Quote
0 #2 makanU 2011-09-28 06:51
smallish company providing pipes in China. Where the buisness mould?? such a low entry barrier company. Will it still be around 10 years from now? From now to 10 years, which day will it go belly up?
Quote
0 #1 Pied Piper 2011-09-27 09:23
I have a strong hunch that Sinopipe is of greater value than its current 18 cent price. No way would a fund manager buy 8.5% of a S-chip without this strong conviction / insight. Triumpus doesn't sound like a huge fund, yet it is buying the stock non-stop. There's more than meets our eyes then. Dr Pu surely sees something. On the surface, Sinopipe is not a great business -- manufacturing of PVC pipes. The infrastructure boom, however, is massive and is supporting businesses like Sinopipe.
Quote
Refresh comments list
NextInsight.net

We have 1281 guests and no members online