Reasons why we are featuring the stock:

• An inflexion point was observed in 1Q10, profitability since then has rebounded strongly. Future earnings are premised on strong demand for functional fabrics.

• A top 10 customer took a 3.9% stake in the company at $0.16, signifying confidence in a long term business relationship.

ASL Marine announced that it has secured new shipbuilding contracts worth about $131m for the construction of 11 vessels.

These include two units of emergency response and rescue vessels and nine units of anchor handling towing supply (AHTS) vessels. According to management, these vessels are scheduled to be completed between 4Q12 and 3Q13.

We understand that the two units of North Sea standard emergency response and rescue vessels are repeat orders secured from an undisclosed customer and will be built at the group’s shipyard in Singapore.

The nine AHTS vessels, however, will be built at its shipyard in Guangdong Province, China.

While we think that ASL is well-positioned to benefit from the potential return of an OSV capex cycle, shipbuilding gross margin is expected to remain slim (under 10%) due to the keen competition among the regional shipyards.

With this latest contract win, we estimate ASL will have a net orderbook of $300m, which should keep its yard busy in the meantime, thus offsetting the high fixed costs.

Trading at only 0.73x FY12 P/B, the stock remains undemanding on cheap valuation. We maintain our BUY recommendation and target price of $0.85. 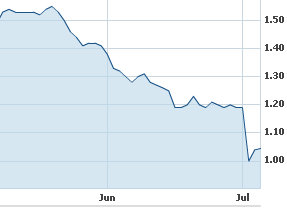 Credit Suisse said it is concerned over the negative perception over Tiger Airways Australia's safety record. This could have a negative impact on both demand and total fares, said Credit Suisse.

"Thus, we remain negative on Tiger Airways, and reiterate our UNDERPERFORM rating on the stock."

We have 1669 guests and no members online