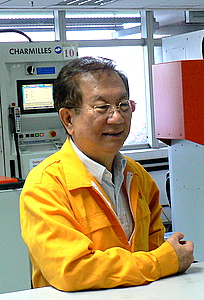 The key exception is Hi-P International (market cap: S$661 million) which has been an aggressive buyer of its own shares for the past four weeks.

Last Friday, the stock closed at 74.5 cents, a long way up from 51 cents which it touched on June 18. After the market closed that day, Hi-P gave guidance of an improved 2Q - and the stock has been climbing ever since.

DBS Vickers analyst Tan Ai Teng said in a June 21 report that Hi-P's surge in business momentum was largely driven by the ramp of:

1) as much as six to eight new smartphone models vs only two previously for key customer RIM; and

2) a new hit product for Apple which Hi-P has already started to build inventory early in May/June for the seasonally strongest 3Q due to overwhelming demand.

Frencken, another company that has been an aggressive buyer of its own shares, has understandably resisted buying more last week after the stock price shot up 8.5 cents, or 32.7% in two days (Thursday and Friday).

Like Hi-P, Frencken would seem to be an example of a stock that has strong stock price upward potential if the company buys back its shares aggressively and persistently.

Frencken’s outlook seemed to be promising. In its 1Q results, it had said:” With the recovery in end-user demand for high technology capital and consumer equipment, the outlook for the global technology sector in 2010 has improved substantially. This has resulted in an improvement in business conditions fororiginal equipment manufacturers, which are the main customers of the Group.” 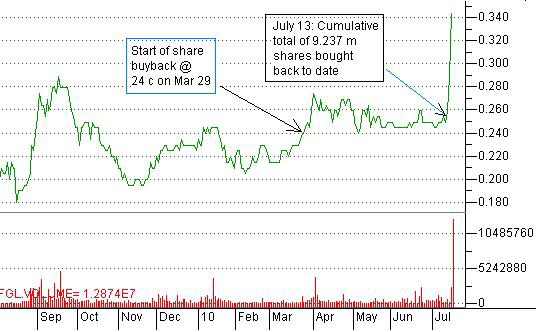 Frencken Group started its share buyback in March after its 1Q results. 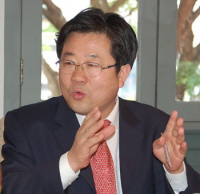 A stock purchase at Lizhong Wheel (market cap: S$88.1 million) by its executive chairman is noteworthy.

Zang Ligen bought 400,000 shares at 36 cents apiece, the first management purchase in at least the past 24 months.

Lizhong Wheel markets its aluminium alloy wheels to automobile manufacturers in China, and to distributors in the United States, Europe, Japan, and South Korea.

In 1Q this year, its revenue jumped 114% to RMB378 million. Net profit soared from RMB60,000 to RMB 78.2 million, but the latter was boosted by a RMB63 m gain from redemption of convertible bonds.

We have 816 guests and no members online